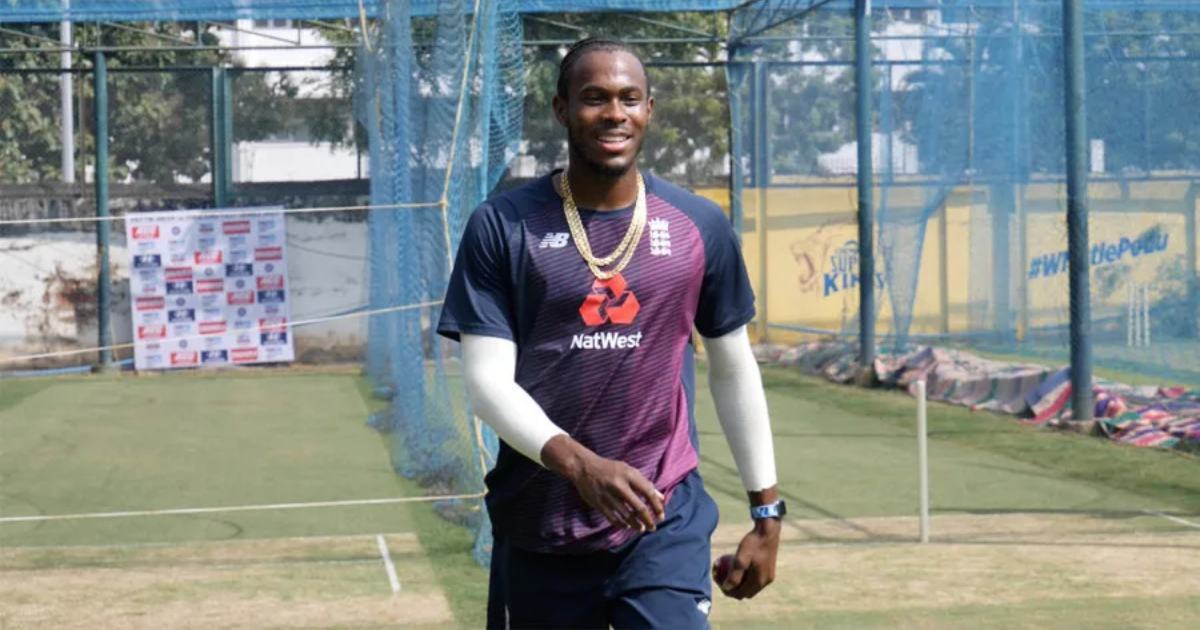 England pacer Jofra Archer has received a green signal from his medical consultant to resume light training after he previously underwent a surgery on his hand on March 29.

The bowler was got injured during an accident when he dropped a fish tank and its glass fragments pierced his right hand in January, prior to England’s tour of India. The accident caused Rajasthan Royals to miss their star bowler, who is expected to miss a few more games before making a potential return to the IPL 2021. In a media release by ECB, it said that “He will return to light training this week, working closely with the Sussex and England men’s medical teams. It is hoped that he will be able to up his intensity with his bowling from next week.”

However, no decision has been made by the England Cricket Board yet on when (or in fact, whether) the 26-year-old could be able to fulfill his £800,000 deal with Rajasthan Royals in ongoing Indian Premier League, which began last week. Along with this, the ECB also confirmed an update on his ongoing elbow problems which will be made known once he starts bowling again.

The franchise had previously stated that they are not going to rush Jofra Archer into Action and are hopeful that the English fast bowler will be able to provide service to the Royals in the second half of the IPL season.

The bowler, who also happened to pull out from the majority of England’s tour of India due to his elbow problem, will be assessed by the effectiveness of a recent injection for the same cause, that will determine his future return.

Speaking on this, Kumar Sangakkara, RR’s Director of Cricket, said that he’s hopeful for the premier bowler to make his way to India for the latter part of the tournament. However, he also adds that he does not want to hurry with his arrival and “give him every opportunity to recover and be able to play some part in this tournament”. Seeing the picture broadly, he comments that “We have to be concerned about him as a player because his career is long term and is not restricted to just one season and the IPL.”

Rajasthan Royals fell 4 runs short of the victory against their first IPL 2021 match against Punjab Kings. The match lived up to the hype as both the captains single-handedly built the foundation of their respective totals. Moreover, Rajasthan Royals Captain Sanju Samson made a sensational hundred on his captaincy debut. The skipper almost took Royals home with a breathtaking 119 off 63 balls. Overall, it was seen that Rajasthan felt the absence of Jofra Archer during the match.