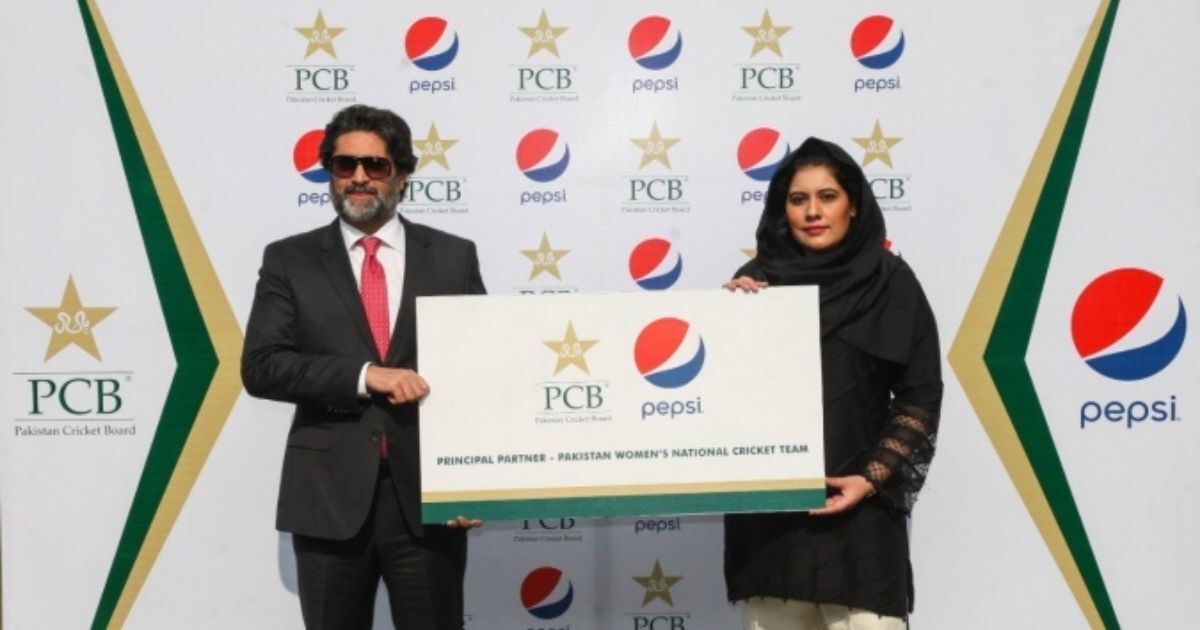 Pepsi has become the principal partner of the Pakistan women’s national cricket team after signing a one-year agreement with PCB representatives at the Gaddafi Stadium. PCB’s Director of Commercial Babar Hamid and PepsiCo’s Director of Marketing Pepsi Ayesha Janjua were present at the announcement event.

PCB and Pepsi embark on this historic year-long agreement with an aim to further promote women’s cricket. This agreement came into effect during the ongoing South Africa vs Pakistan ODI series in South Africa. From now on, the Pakistan team playing kits will be embellished with multiple PepsiCo brands such as Pepsi, Gatorade and Kurkure.

Commenting on this deal, Babar Hamid said, “The PCB strongly believes in the growth and promotion of women’s cricket and this partnership with Pepsi is a major indication of our commitment in this regard. Pakistan women’s national cricket team has made rapid strides in recent years; the team is a force to be reckoned with at the international stage and continues to inspire young girls all across the country.” He further added that this new agreement, which is a testament to PCB and Pepsi’s long standing partnership, will be highly beneficial to women’s cricket in the country.

While talking about the new contract, Ayesha Janjua praised the significant progress in women’s cricket in Pakistan. She said, “Our women cricketers continue to make their mark in the international arena and we want to play our part in furthering their talent. It is an exciting opportunity for us to partner with the Pakistan women’s national cricket team and we look forward to our collaboration with PCB on this mission.”

It should be noted that Pepsi has collaborated with PCB since the 1990s. Last year, the beverage company’s sponsorship contract with the men’s team came to an end. However, since no other parties showed much interest in endorsing the team, Pepsi signed a one-year extension as the principal partner of the men’s cricket team for all three formats. With this new deal, Pepsi has further solidified its position in Pakistan cricket.

Talking about what is happening on the field, Pakistan is set to face South Africa in Kingsmead for the second ODI after losing the thrilling first game by just three runs. The three-match limited-overs series will be followed by a three-match T20I series.