Editor’s Pick: The incredible growth of Esports as a marketing platform

The Esports industry has grown tremendously over the years, both in terms of viewership and revenue. Increasing viewership has mainly contributed to revenue growth. Brands that see the potential of reaching a large and engaged audience are investing in Esports marketing both directly and indirectly.

In 2012, people spent about 1.3 billion hours watching these videos. By 2018, the consumption rose to about 6.6 billion hours of eSports videos worldwide. It has been observed that two in five (41%) 16 to 24-year-olds have consumed a gaming stream in the last month, with a rate of one in three (35%) recorded among millennials. The majority of the viewing audience and the players of eSports are the Millennials.

The two types of investments in esports:

The sponsorship segment dominated the global esports revenue, with a market share of 39.9% in 2019.

Sponsorship offers a sizeable opportunity for various brands to directly reach to the target audience through offline and online media channels. Many endemic brands, such as Intel Corporation and Nvidia Corporation, already have a well-established sponsorship deal with esports teams and leagues. The deals have helped them in increasing their respective market share.

Non-endemic brands, such as Volkswagen Group, Daimler AG, McDonald’s, Tinder, have also invested as a key sponsor for the esports teams and tournaments. There have been nearly 76 deals completed by non-endemic brands in the first quarter of 2019, which includes prominent brands such as Coca-Cola, AT&T Inc., Nissan Motor Co. Ltd., and Nike.

The advertising traction for Esports is growing day by day. It comprises the revenue generated from the advertisements targeting esports viewers, through ads shown during live streams on online platforms, video-on-demand videos of esports matches or during the esports TV broadcast.

Moreover, there has been an increase in the number of streamers, which leads to an expected increase in the advertising related content, that will help to generate more revenue for the industry. Furthermore, studies suggest 57% of mobile gamers are fine with viewing advertising if it keeps the game free-to-play.

As per the study done by marketing intelligence service WARC, the global advertising investment in esports is set to rise by 9.9% that equates to $844 million in 2020. The research forecasted $615 million to be spend on sponsoring esports participants or competitions. In addition, a further $229 million will be spent on advertisements during esports broadcasts.

Esports sponsorship amount is also on the course to reach $1 billion in 2022. With increasing viewership on streaming platforms such as Twitch and YouTube, advertising is expected to generate more revenue during the forecast period.

The global esports market size was valued at $1.1 billion in 2019 and is expected to expand at a compound annual growth rate (CAGR) of 24.4% from 2020 to 2027. The increasing audience reach and engagement activities, formidable investments, rising live streaming of games, and increasing infrastructure for the league tournaments are key factors in driving the market growth.

The media rights segment is one of the significant revenue-generating streams and is estimated to grow at a CAGR of over 25.5% over the forecast period. Media rights include all revenues paid to event organizers, teams, and leagues to secure the rights to broadcast esports content on a channel. Esports consists of more than thousands of individual leagues, events, and championships for which the media rights deal is expected to generate a huge amount of revenue in the coming years.

In 2018, Twitch signed a two-year deal worth $90 million with the Overwatch League for its digital broadcasting rights in English, French, and Korean. This was one of the biggest deals in esports history, accumulating to about 85 million hours watched.

Tech giant Google LLC also entered the esports media rights business by announcing a multi-year partnership with Activision Blizzard, Inc. to broadcast esports league on YouTube. These M&A shows the media rights trend is expected to expand at a larger scale over the next few years.

The gaming industry is changing rapidly from being a casual hobby to developing into a professional career opportunity. Mega esports tournaments engage fans in millions consuming it in fixation, the same way as in conventional sports. As a result, these tournaments are attracting sponsorship and investments from international brands to celebrities resulting in overcrowded stadiums and live streaming.

Millennials are considering esports as a professional career due to various factors such as an increase in popularity of the gaming tournaments, magnificent international prize pools, streaming revenues, and one-to-one sponsorships.

Moreover, universities and colleges have started a dedicated esports curriculum to develop skilled professionals. The esports market is still in its initial stage, and with the growing consumption, it is expected that it will offer strong potential to capitalize on the market in the future. 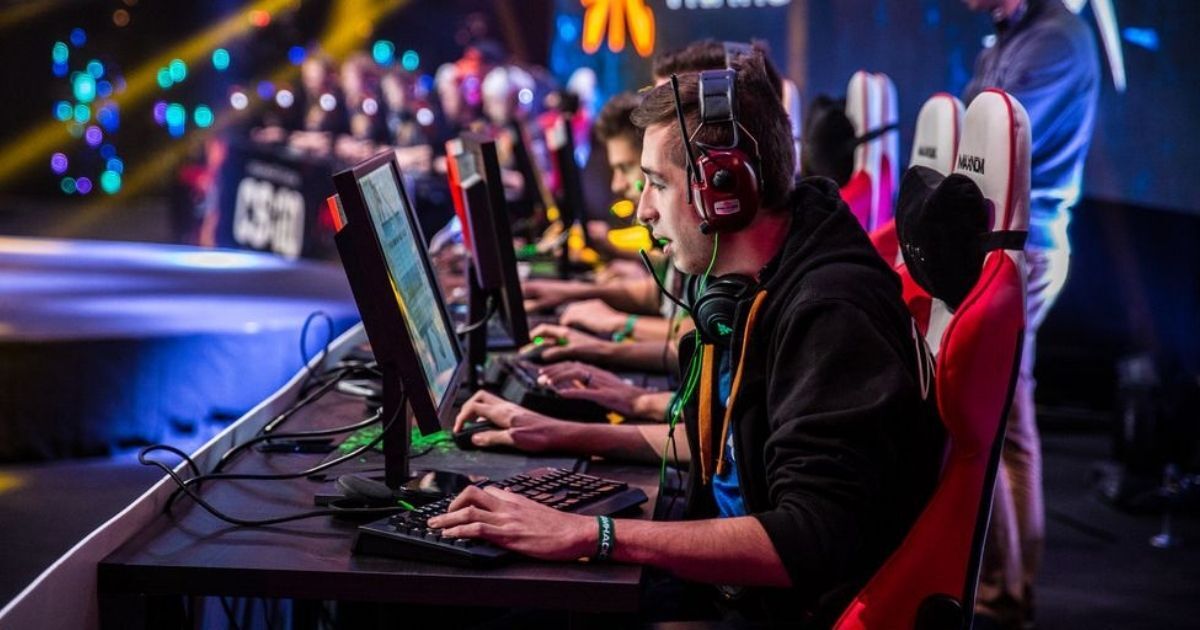