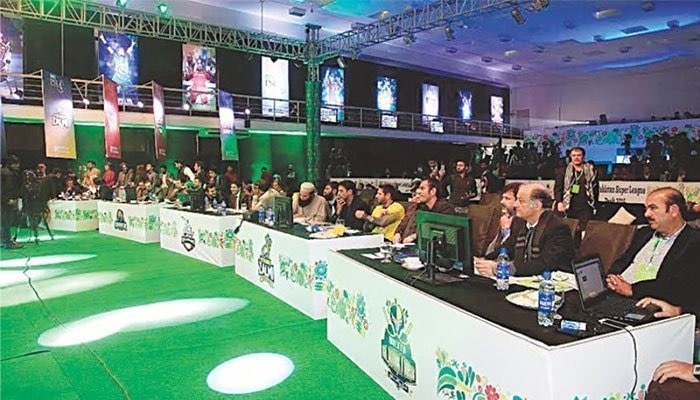 Pakistan’s franchise T20 league – Pakistan Super League is gearing up for the sixth edition. Pakistan Cricket Board recently had a player auction where all the six franchises selected the desired set of players from the PSL draft for the new campaign. On January 11, PCB conducted the auction where more than 400 International and Domestic prospects made themselves available to play the T20 League in Pakistan. However, only 107 of them were lucky enough to get a PSL contract.

Each franchise had 18 slots, varied across six different categories- Platinum, Diamond, Gold, Silver, Emerging, and Supplementary. Each side was only allowed to pick three players in the each of first three categories, whereas only five players were allowed in the Silver and two each were to be selected as Emerging and Supplementary picks. All the franchises could retain eight players. Here are the PSL franchise and their selected squads for the 2021 season:

The defending champions retained their core and decided to build the squad around them. They retained key players, such as Babar Azam, Colin Ingram, and Mohammad Amir as Platinum players. While the skipper Imad Wasim also got retained, but he has rewarded a Diamond contract. Apart from them, the Kings also retained Amir Yamin, Sharjeel Khan, Arshad Iqbal, and Waqas Maqsood.

The most successful franchise of the tournament also struck with their core, but they brought in some renowned players to strengthen the squad. Islamabad United retained Shadab Khan, Alex Hales, Colin Munro, Faheem Ashraf, Hussain Talat, Asif Ali, Muhammad Musa Khan, and Zafar Gohar. They also brought in some English T20 specialists to improve the squad.

The runners-up franchise from the PSL 2020 did a formidable job during the auction. Apart from retaining the balanced core members, they roped some of the best players in T-20 crikcet. They got the ICC’s Men Player of the Decade, Rashid Khan and English all-rounders Joe Denly and Samit Patel.

The Peshawar-based team was the only team that did not retain the maximum number of players. Wahab Riaz led Zalmi retained four other cricketers apart from their skipper. They decided to sign T20 veterans such as Shoaib Malik and Kamran Akmal along with Pakistan sensation Haider Ali and English opener Liam Livingstone. The franchise was active in auction as they bought various international and local talents.

Shahid Afridi’s Multan Sultans are always the hot favourites to win the season due to strength of their squad. However, the championship has alluded the Sultans. The franchise has again got their marquee men in Shahid Afridi, Sohail Tanvir, Shan Masood, and Imran Tahir. Sultans’ foreign recruitment was not impressive, but their local contention of players is prodigious.

The 2019 PSL Champions made the headline signing during the mega draft. Sarfaraz Ahmed led Quetta Gladiators lit up the auction when they bagged the Universe Boss, alongside South African legend Dale Steyn and upcoming English keeper/opener Tom Banton. The side also retained the Pakistan centric core.