India vs England: Spinners script an emphatic victory for hosts in second test 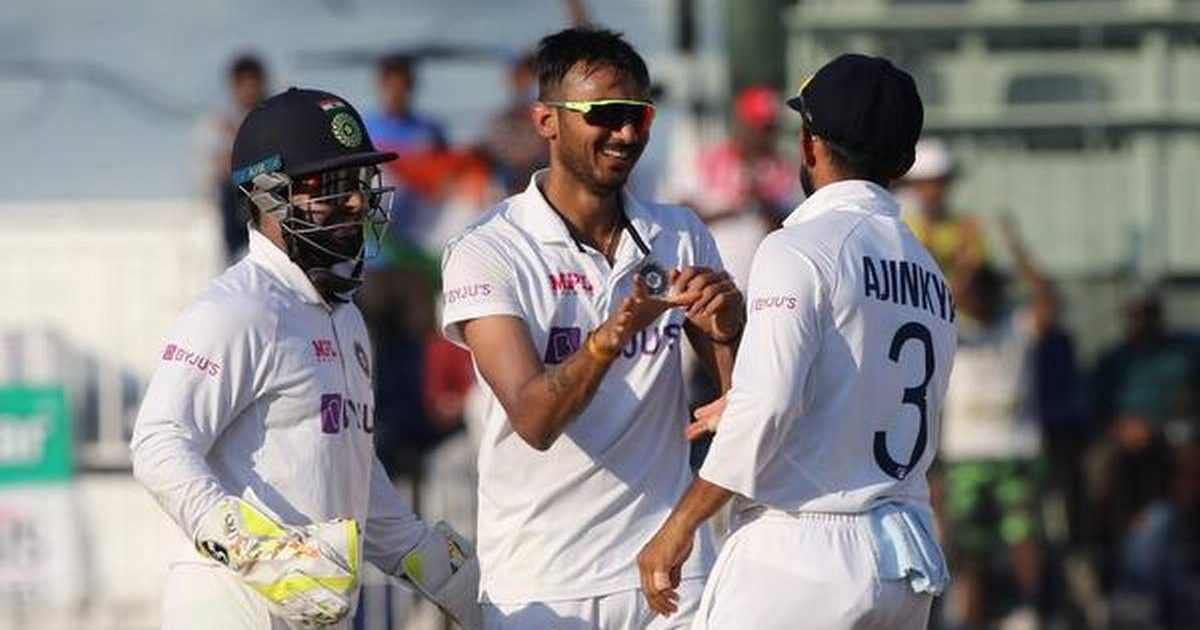 India has roared back in the PayTM test series against England with an emphatic  317 runs victory in the second test in Chennai. The English team was bundled out for 164 runs in the second innings on day four while chasing a mammoth target of 482 runs. Axar Patel was the pick of the bowlers for India as he picked up five wickets, while Ravichandran Ashwin and Kuldeep Yadav shared the rest of the wickets.

England started the day cautiously with Dan Lawrence and Joe Root on the pitch. The ball went past the edge on numerous occasions in the first hour of play as Patel kept bowling a tight line and allowed the pitch to do the rest of the business. Lawrence was eventually stumped by Rishabh Pant when he tried to come down to the pitch to Ashwin.

Ben Stokes managed to grind it out for more than 50 balls, but he was eventually caught in the slips of Ashwin’s bowling once again. The charismatic all-rounder has now been dismissed ten times in test cricket by Ashwin. Things went from bad to worse for visitors as Ollie Pope and Ben Foakes were dismissed just before lunch while playing a sweep shot.

Joe Root did get a reprieve before lunch as Mohammed Siraj dropped a sitter of Yadav’s bowling. The English skipper’s long stay at the crease was eventually brought to an end by Patel after the lunch as he edged it to Rahane in the slip. Olly Stone was dismissed for a duck by Patel to complete a maiden five-wicket haul in his debut Test.

Moeen Ali played some big strokes at the end of the innings to get England past 150. However, his adventurous stay on the pitch was brief as Yadav got the better of him to hand India a resounding victory in Chennai. India needs to maintain this form to clinch a series win by at least 2-1 margin to book a place in the final of the World Test Championship against New Zealand. Ravichandran Ashwin took home the man of the match award for his spending century in the second innings and eight wickets in the match.