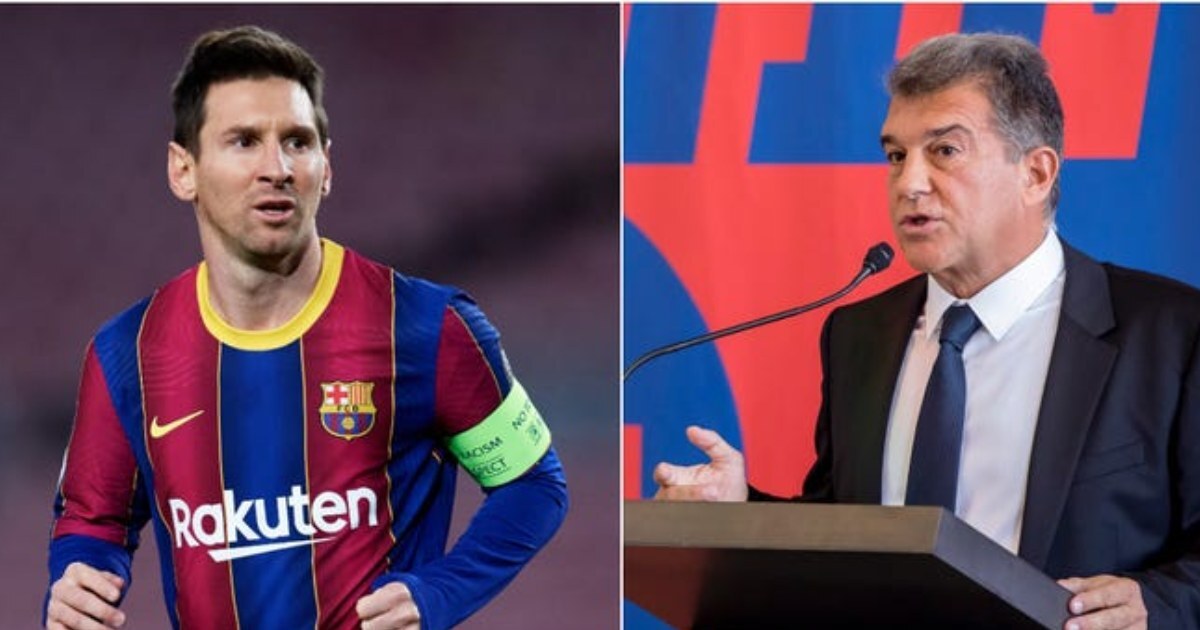 At the end of the last season, Barcelona star Lionel Messi admitted that he wanted to leave the club After spending almost two decades at the club, Messi felt that the board cheated him by not sticking to their promises

Former Barcelona president Bartomeu did not approve the transfer request of Messi. This shocked Messi as he was promised that he would be allowed to leave whenever he wanted. Barcelona demanded other clubs to pay his release clause if they wanted to get Messi. The clause was so high that it was not possible for any club to pay, making it impossible for Messi to leave.

A lot of reports in Spain suggested that Messi will go to court, but he denied it saying that he can never take his beloved club to court. However, things have changed this season. Barcelona now has a new President in Joan Laporta. The newly elected president for months has been reassuring fans that Messi will be staying at the club. In a recent interview with Deportes Cuatro, Laporta provided an update on the future of star forward.

“Everything is progressing adequately. I will do everything within the club’s capabilities to keep him. That’s what we are doing. Messi is motivated. “He is an extraordinary player as is  I am convinced that he will want to continue to play for Barcelona.”

Keeping Messi is not going to be easy for the Spanish club as they are struggling financially. According to reports coming out of Spain, they currently have a debt of €1.2 billion euros and the pandemic is not making the situation any easier for the club to negotiate contracts with the players.

The whole of Europe is keenly following this situation with just two months left on Messi’s contract. The Argentine forward is free to negotiate with interested clubs, but Messi is likely to first listen to the offer from Barcelona. Manchester City and Paris Saint-Germain have been heavily linked with a move for Barcelona.