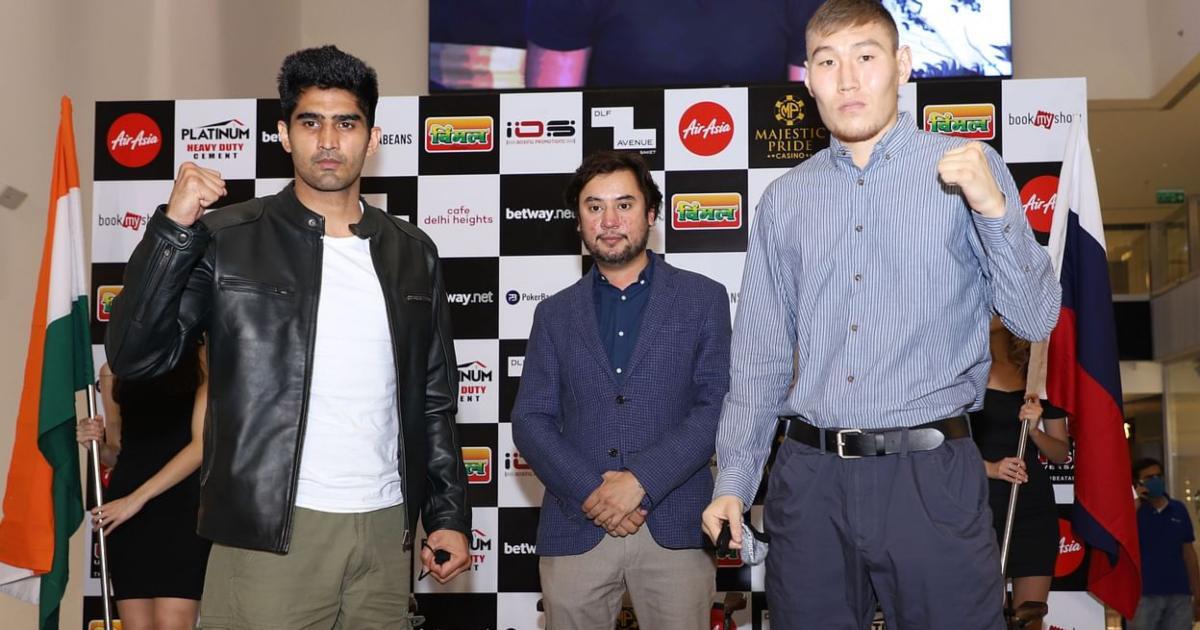 Boxer Vijender Singh is set to make a comeback to the ring against Russia’s Artysh Lopsan in a first-of-a-kind Las Vegas style pro boxing event in Goa. This combat between two boxers has been titled Battle of Ship .Singh has been away from the ring for more than a year due to Covid-19, will square off the 6ft 3inch in a Super-Middleweight (76 Kg) showdown on the rooftop deck of the Majestic Pride Casino Ship in Panaji, Goa, on March 19.

The Olympic bronze medallist winner for India in 2008 is currently on a 12-0 winning streak. He was last seen in the ring with Ghana’s Commonwealth champion Charles Adamu in Dubai in November 2019, where Vijender Singh turned out to be the victor and claimed his 12th successive triumph.

On the other hand, the 26-year-old Russian had his last fight in December 2020, where he knocked-out his compatriot Yusup Magomedbekov. Lopsan is keen on putting to an end to the Indian’s 12-win streak, that includes eight knockout wins.

Magomedbekov said, “Vijender is a good fighter but I’m here to end his unbeaten streak. I’m ready and it’s going to be a great fight in Goa. What better way to end his streak than knocking him down in front of his audience. I’ve trained hard for this fight and I’m rearing to go.”

Meanwhile, Singh explained how the pandemic posed as a hurdle in his training. In the last few months, he has got what he needed to be ready for the comeback. The 35-year-old is looking forward to continuing his winning streak by knocking out the less experienced Russian.

Ahead of the fight in Goa, Vijender Singh said, “It’s going to be a good fight. I was eagerly waiting for more than a year. I watched Lopsan’s videos and he’s a good fighter. But I’m ready to knock him out like I did to my eight previous opponents. I am ready to finish the fight in the early rounds and it would be a spectacle to do it in front of my people in Goa.”