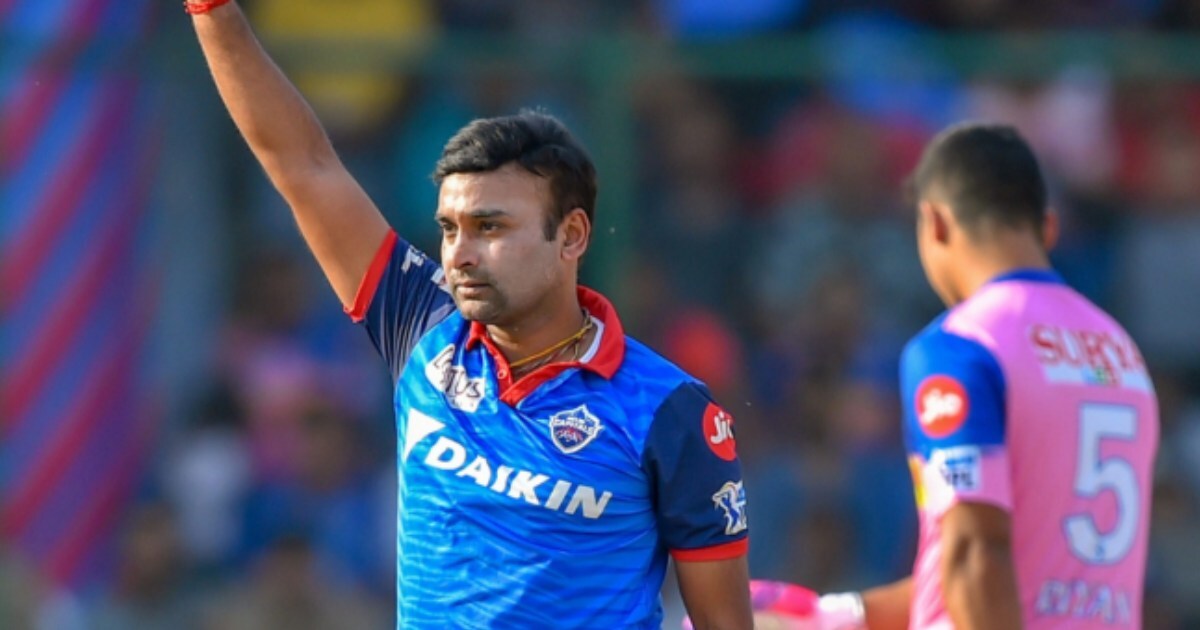 The ever-present debate between who is better: Delhi or Mumbai was temporarily put to rest by Rishabh Pant’s Delhi Capitals on Tuesday as they dominated the defending champions in all aspects.  MI’s batting side got through the power play decently, but it was the same old story in their middle order for them in IPL 2021 as Amit Mishra created havoc in middle overs.

On the flip side, it was clever captaincy from Rishabh Pant to bring Amit Mishra back into the attack.  In his exceptional bowling spell on Tuesday, Mishra restricted Mumbai by taking four wickets at the expense of 24 runs. He got the big wicket of a well-set Rohit Sharma. Mishra then picked up Hardik Pandya and trapped Kieron Pollard before wrapping up his spell with the wicket of Ishan Kishan.

With this performance, the 38-year-old spinner is on the way to break Lasith Maliga’s all-time record of 170 wickets. Mishra has picked up 164 wickets in 152 matches in his IPL career. Speaking to his teammate, Prithvi Shaw after the match Mishra said that his focus is to help the Capitals win and not on breaking Malinga’s record.

“I don’t have any specific plans. I never focussed on breaking Lasith Malinga’s record. But I will try to keep picking wickets. It will be good if I get there quickly. Like today, I want to keep performing for Delhi Capitals and help the team win,”

This is the seventh time that Mishra got Rohit Sharma in IPL, which is a joint record for a bowler for maximum dismissals against a particular batsman. Mumbai skipper tried to skip down the track and hit Mishra into the stands, but the leg-spinner bowled it wide that caught Rohit long-on.

Commenting about the dominant stance that he has over Sharma, Amit Mishra said that he tries to keep the ball away from Rohit’s hitting zones and takes the pace off, which forces him to go against his strengths. He added that he also tries to beat him with flight.

Mishra’s other teammate Shikhar Dhawan, currently enjoying good form in IPL 2021 with the highest scores, also commented on the team’s win saying that it felt great to win in Chennai. He said that it felt good to beat a team like MI and this will boost the confidence of the team.