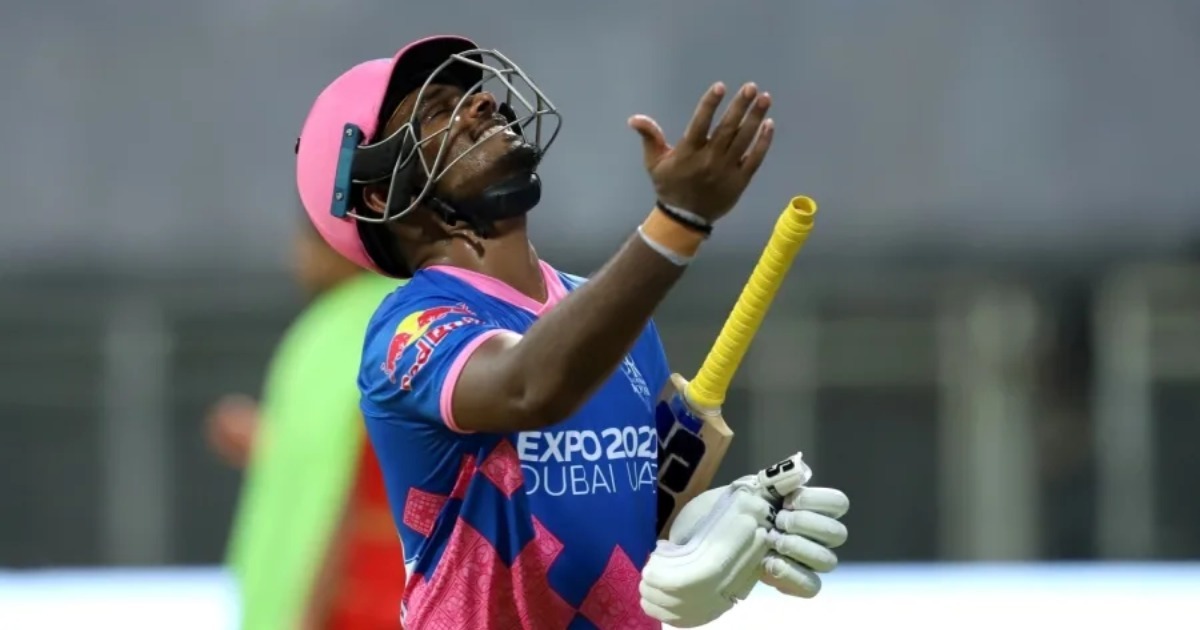 Despite a decent start, Rajasthan Royals’ whole innings crumbled in the period of two overs while chasing 189 against Chennai Super Kings in IPL 2021 on Monday. With just 2 wickets down and two settled batsmen on a Wankhede wicket, it looked like it was going to be a comfortable chase for the Royals but CSK had other plans.

For a change there was spin on offer at this wicket. Even MS Dhoni was heard saying that there is turn on the stump mic and advised Jadeja to bowl at specific areas of the pitch which resulted in the dismissal of dangerous looking Jos Buttler.

Shivam Dube was sent ahead of David Miller and Riyan Parag in order to counter off spin attack, but it backfired as Dube showed little to no feet movement throughout the innings and got trapped before wicket by Ravindra Jadeja.

Moeen Ali in the following overs completely battered Rajasthan’s late middle order to seal the deal right there for Chennai Super Kings. Rajasthan Royal’s captain Sanju Samson was shocked to see so much spin on the wicket with little to no dew present.

Rajasthan Royals now play a big game against RCB on Thursday and will look forward to put a better show with the bat this time. Buttler and Miller needs to step in as the depleted Rajasthan squad are already short on options. Samson also needs a big score as he has struggled in the last two games after big century in the first game.

Liam Livingstone might be added to the playing 11 to provide more explosiveness in the middle order. Royals received a big blow last week as Ben Stokes was ruled out of IPL 2021 after suffering finger injury in the first game against Punjab Kings. Royals are already without Jofra Archer due to a hand injury.