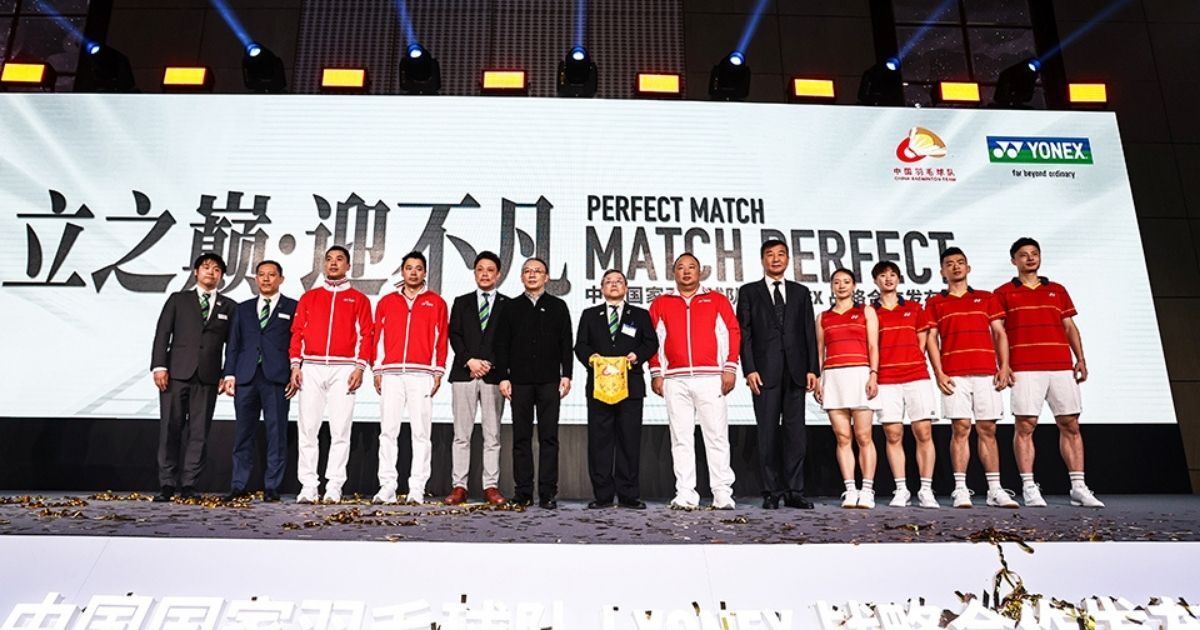 China Badminton Association (CBA) has appointed Yonex as the official sponsor of the Chinese national badminton team. According to the eight-year contract, national players will use Yonex racquets, strings, shuttlecocks, bags, apparel, and shoes during training and competitions.

The key component of this partnership is the service and support that would be provided by Yonex to assist the players in extracting optimum performances. The plan from Yonex will include analysis and guidance of performance equipment, as well as the highest quality stringing service from the Yonex Stringing Team. Since Yonex sees the inspiration from elite athletes as an essential ingredient to progress, the partnership with Badminton’s most successful team can provide new insights and challenges for the research and development teams at Yonex.

After signing this deal, Yonex president Kusaki Hayashida said, “It is an honor to start this partnership with the CBA, especially during the 75th anniversary of our company. We, as Yonex, are committed to providing the best products and services to help the national team achieve greatness on the world stage.”

While addressing media about this deal, CBA Director Zhang Jun said, “We were able to sign this partnership because Yonex understood what we were thinking, what we wanted to accomplish in the future, and our desire to promote and develop badminton.”

The CBA has seen global success for over half a century and is currently world no.1 in the Badminton World Federation (BWF) rankings. As they continue to cultivate champions generation after generation, this partnership with Yonex can prove to be beneficial. This Japanese Sports equipment company is already the dominant corporate player in badminton as it sponsors the All England Open Badminton Championships and is a partner of the BWF. A majority of professional players prefer Yonex racquets over others. Even the relationship between Yonex and the CBA extends back to the 1980s with a partnership that supported the national team for nearly 30 consecutive years.