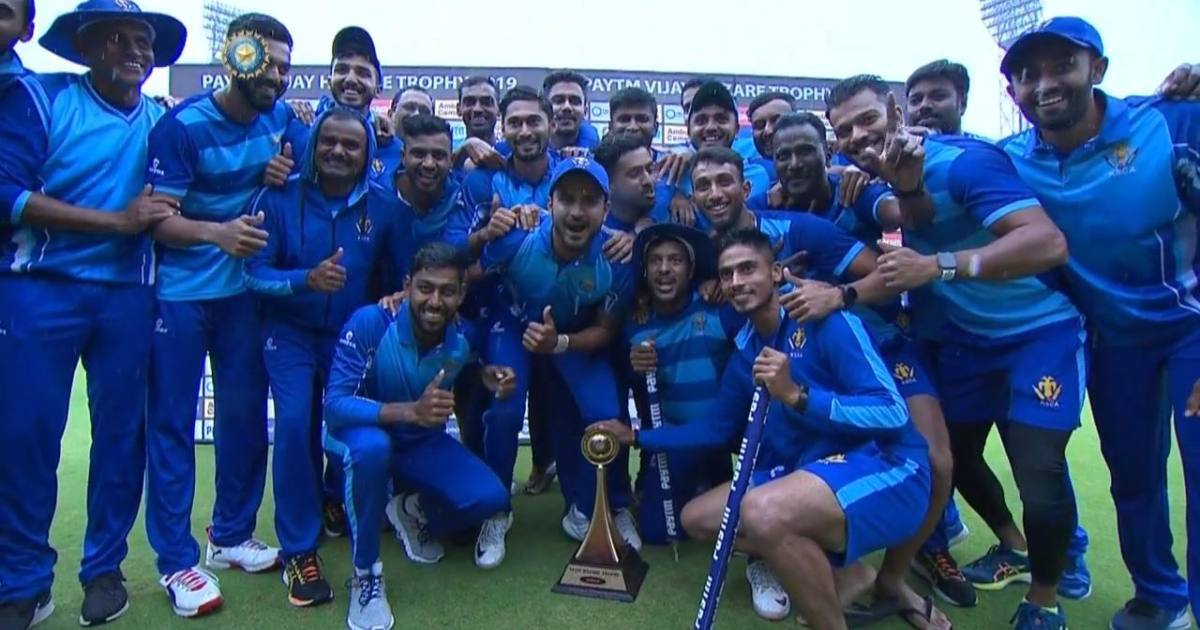 After the conclusion of Syed Mushtaq Ali T-20 tournament, BCCI will be staging Vijay Hazare Trophy at the end of February. BCCI announced on Wednesday that Vijay Hazare Trophy will begin on February 20 and conclude on March 14. State teams have already started preparations for the tournament by playing practice matches. The tournament is set to be played in six cities across the country.

BCCI decided to kickstart domestic campaign with Syed Mushtaq Ali T-20 tournament in January. Considering the success of the tournament in the bio-bubble, the governing body of Indian cricket decided to move on to 50 overs tournament. However, Ranju trophy for this season has been cancelled due to complications in organising the event.

Players will be going three rounds of tournament before the start of group stages. At the start of March, there will be another few rounds of testing when the knockout rounds will begin on March 4. The division of groups and venues for the Vijay Hazare Trophy are as follows:

Since India is going to be playing long T-20 and ODI series against England in home conditions during March, the initial few games of Vijay Hazare Trophy will act as opportunity for few players to stake their claim in front of selection committee. Along with Vijay Hazare Trophy, domestic 50 overs tournament for women is also going to start after a long break due to the pandemic.