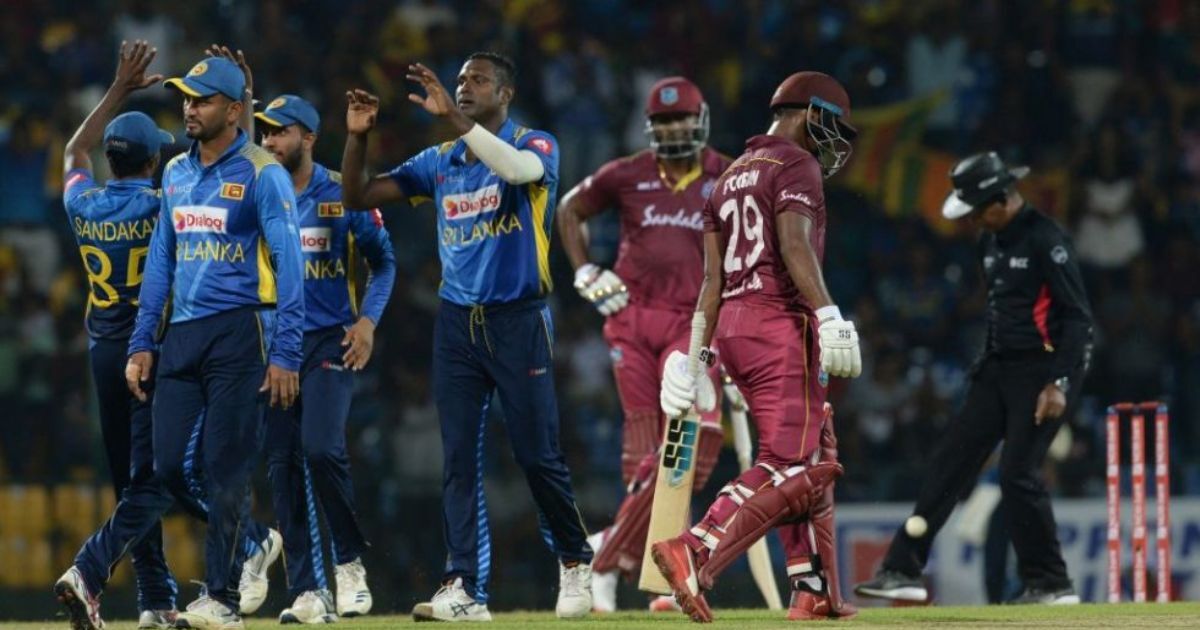 Sri Lanka’s woes on current tour of West Indies continued as ICC handed them sanction for slow over rate. Sri Lanka has been levied a 40 percent deduction in their match fees for maintaining a slow over-rate in the third ODI match against West Indies in Antigua.

This fine worked as an additional element of insult to their 3-0 loss. The losing side was found guilty of other violations of certain ICC norms. In a statement by ICC, they mentioned about Richie Richardson of the Emirates ICC Elite Panel of Match Referees imposing the sanction after Sri Lanka was found to be short of two overs of the cut-off time after considering everything, including time allowances.

ICC said, “In accordance with Article 2.22 of the ICC Code of Conduct for Players and Player Support Personnel, which relates to minimum over-rate offences, players are fined 20 per cent of their match fees for every over their side fails to bowl in the allotted time. In addition, as per Article 12.9.1 of the ICC Men’s Cricket World Cup Super League Playing Conditions, a side is penalised one point for each over short. Consequently, Sri Lanka will lose two points from their points tally during the Super League.”

The governing body of cricket did not need to have a formal discussion regarding this offence since the Sri Lankan skipper Dimuth Karunaratne admitted to the offences and accepted the proposed sanction without opposition.

Another infringement in the same match by the all-rounder Gunathilaka found him guilty of Article 2.5 of the ICC Code of Conduct for Players and Player Support Personnel, which relates to the use of inappropriate language, action or gesture that could potentially provoke an aggressive reaction from the batter upon their dismissal. The incident occurred during 35th over of West Indies’ innings, when Gunathilaka used inappropriate language towards Pooran upon his dismissal. Gunathilaka was handed one demerit point by ICC.