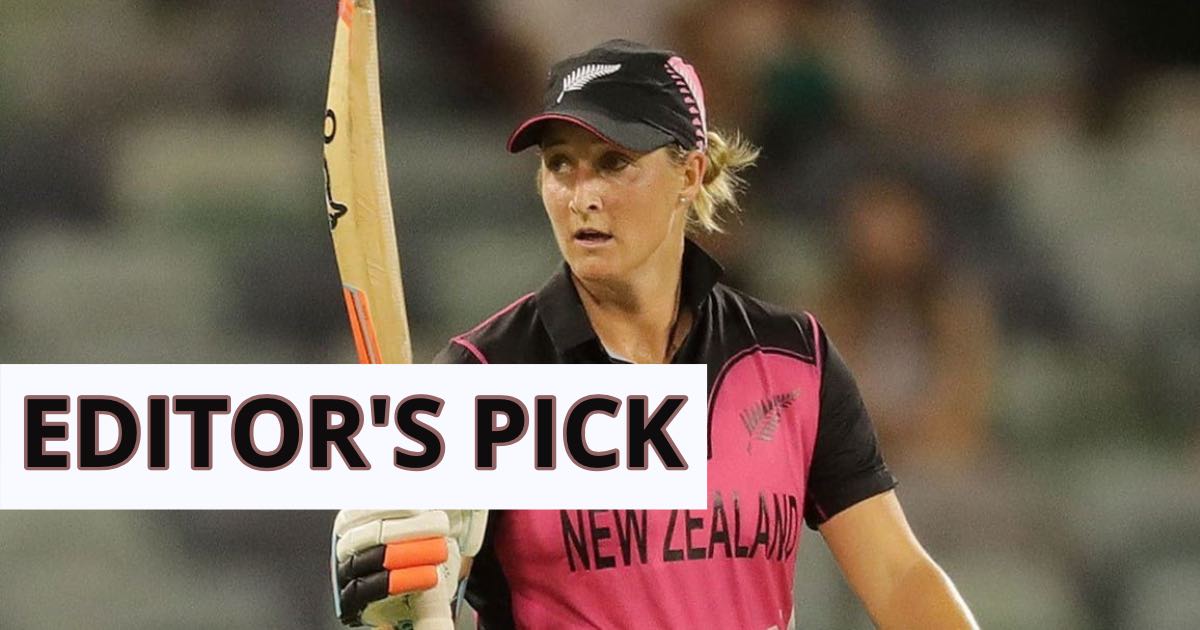 Sophie Devine embodies a cricketing icon that has the perfect skillset to excel on the pitch and be equally gracious and humble about her success.

Sophie Frances Monique Devine is one of the most revered name in the international cricket. Over the years, she has motivated countless fans around the globe with many astonishing wonders both on and off the field. Devine opens the batting for White Ferns (New Zealand’s women cricket team) and loves getting off the block as aggressively as possible to put the bowling on the back seat. With the ball, she simply knows how to control the tempo of the match.

It has not always been smooth sailing for Devine. She made her debut for the White Ferns back in 2006 and in the fourteen-year long elitist career, the current boss-lady has been on a rollercoaster which is still in motion.

As a 17-year-old teenager, Sophie came into the New Zealand national set-up as a pure right-arm medium bowler who could only bat at Number 11 position. As her career progressed, she started gripping the bat well and kept on moving up the order.

Until the pandemic had created a havoc across the globe, Devine was well on course to score at least 1000 runs in the calendar. Along with being skillful with bat and ball, Devines is equally influential as a leader. In 2020, Devine led her team to the semifinals of the ICC Women’s World T20 tournament. In the very same year, New Zealand was named in the ICC Women’s T20I Team of the Decade, while Sophie also featured in almost every nomination roster.

As the years went by, Devines has seen a remarkable upward trajectory in her batting. Currently, Sophie is featuring in her domestic T20 championship, Women’s Super-Smash. In the T20 tournament, the all-rounder has played five games, scoring – 88, 13, 80, 59, and 108* in those innings.

The century is not just another ton scored in just another T20 tournament. It was a record breaking ton in the history of cricket let alone in women’s cricket.  During the game between Wellington Blaze and the Otago Sparks, Devine achieved a landmark feat as she packed a punch with the fastest century in women’s T20 history. Devine muscled 108 off 38 balls and her century came off just 36 deliveries.

Devine overtook Deandra Dottin, who held the previous record of 38 deliveries to reach the same milestone. With that century Sophie wrote her name in the history books for most T-20 centuries as she recorded six tons in the shortest format of the game.

To reach the milestone, Sophie hammered the ball for a maximum, but the captain did not celebrate the landmark. A little girl merely 10-12 of age was sitting on the grass banks was on the end of this superb six as the ball grazed past the teenager. The captain took a moment to soak the success she has achieved and then rushed past the boundary to check the little girl and showcased her class as she apologized to the little girl.

When Sophie finished the T20 game with three back to back boundary strokes to chase down the score of 131 runs in 8.4 over. The cricketer again got off the field to pay another generous visit to that same girl. Devine clicked a picture with the girl, highlighting her class off the pitch. This is one of many instances where Devine has been a remarkable leader on and off the pitch.