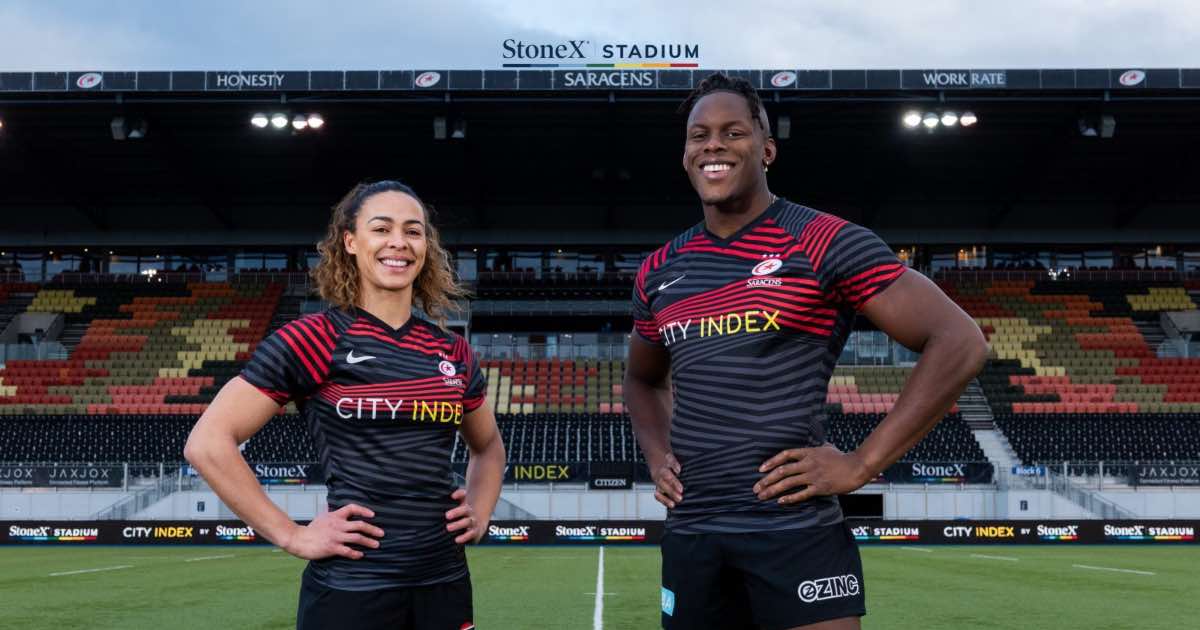 New York based financial services enterprise StoneX has been announced as the main sponsor of English rugby union side Saracens. This deal has come as a welcome relief after Saracens’ repeated salary cap breach that led to their 35-point deduction and £5.36m fine, paving the way for their subsequent relegation.

The four-year contract will start from January 2021. As part of this deal, the Saracens’ home ground will now be renamed as StoneX Stadium. City Index, a trading platform owned by the financial firm, is set to become the shirt sponsor of both the men’s and women’s teams.

The financial details have not been revealed yet, but according to various news reports, this deal will exceed the amount paid by their former partner Allianz. Allianz reportedly paid £2 million a year before cutting ties with Saracens after the salary cap offence.

The North London club’s CEO Lucy Wray said, “We are really excited to enter this new, long-term partnership with StoneX, one of the world’s leading financial groups. We share a commitment to excellence and innovation, and we are looking forward to the start of a memorable journey with them.”

As per the contract StoneX is bound to look after the Saracens Foundation and Saracens High School. Moreover, the development initiative for the West Stand of the club ground is one of the priorities of StoneX.

Chief Executive Officer of StoneX Financial Ltd, Philip Smith, said, “I’m delighted to announce a long-standing partnership with Saracens as both the club and StoneX have a relentless drive to achieve excellence.”

A joint statement released by the two parties stated that the agreement will uplift values and create an atmosphere of winning culture. Both organisations will put a great emphasis on discipline and an unwavering commitment to achievement.