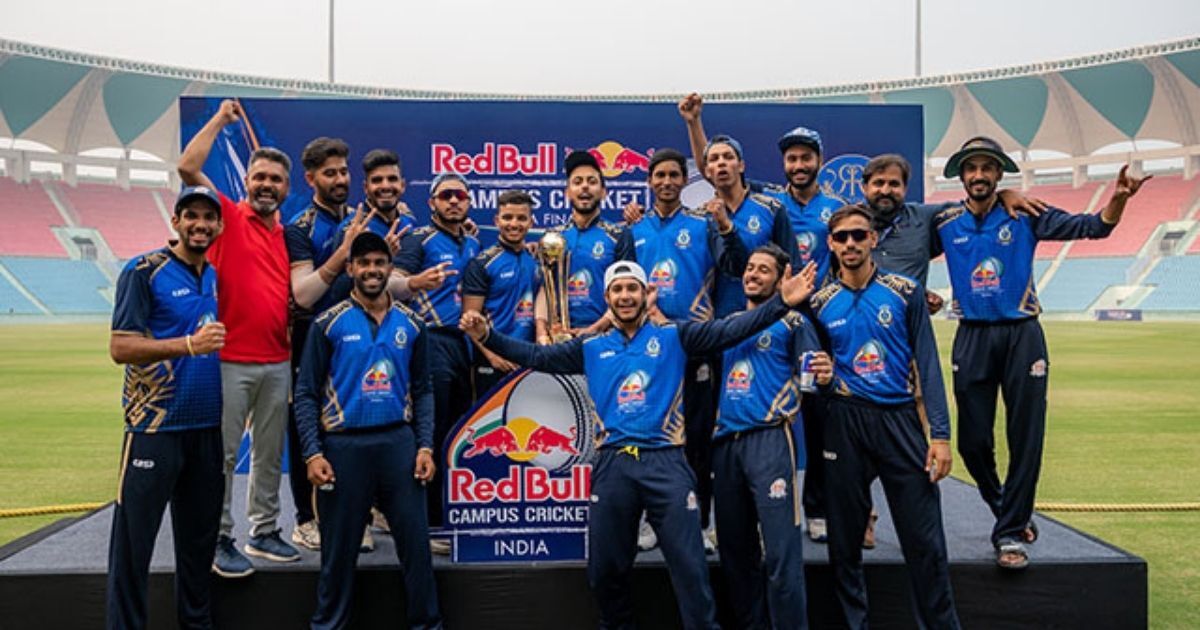 Rajasthan Royals have strengthened their association with Red Bull as they are going to continue scouting talent from Red Bull Campus Cricket (RBCC), the annual international T20 tournament for college cricket teams. The tenth anniversary of the global cricket tournament has already begun in India as the city qualifiers took place from February 17 to March 15 across 32 cities.

The winning college from each city will now proceed to the zonal/regional finals in April. The top two teams from each zone in RBCC will compete in the National finals in June first week, where the teams will play in the knockout rounds of quarterfinals, semifinals, and finals. The National winner will then represent India in the RBCC 2021 World Finals.

Past winners from India that have represented the country at the World Championships are Rizvi College (Mumbai), DAV College (Chandigarh), Swami Shraddhanand College (Delhi), and MMC College (Pune). The RBCC national finals were held at the Ekana Stadium in Lucknow with COVID-19 protocols in 2020. Among the eight of the best cricket universities in the country, DAV College (Jalandhar) took the title by defeating Subodh College (Jaipur) in the finals.

This tournament has helped many budding cricketers to reach the next level in their careers. Players such as KL Rahul, Mayank Agarwal, Aiden Markram, Lungi Ngidi, Niroshan Dickwella, and Chirag Suri, who have represented their respective countries on a global level, were part of this platform. Punjab Kings captain KL Rahul was the top scorer in the 2013 edition of the competition and credits RBCC for his success at the domestic and international level. Cricketers such as Manan Vohra, Shardul Thakur, Karun Nair, Shashank Singh, Siddhesh Lad, Himanshu Rana, Abhimanyu Easwaran, Anukul Roy, Ruturaj Gaikwad, and Ricky Bhui have also benefitted from this competition.

The most recent success story from Red Bull Campus Cricket is Tamil Nadu’s Shahrukh Khan, who was picked up by Punjab Kings for Rs 5.25 crore at the IPL 2021 auction. Khan was the RBCC man of the tournament when he guided Hindustan College (Chennai) to the finals of the 2019 edition of RBCC. This performance won him a slot in RBCC player tryouts with Rajasthan Royals at the Institute of Sports, Talegaon, Nagpur. RBCC can help Rajasthan to find more gems like this so that they can finally repeat their glorious victory of the inaugural IPL season.

In 2021, RBCC will also feature the women’s edition for the first time. This will be held across north, south, east, and west zones with the winners of the zonal editions going on to play in the national finals. The winner of the national final will be declared the best women’s college cricket team in India. Some players will also get an opportunity to interact with star cricketer Smriti Mandhana.