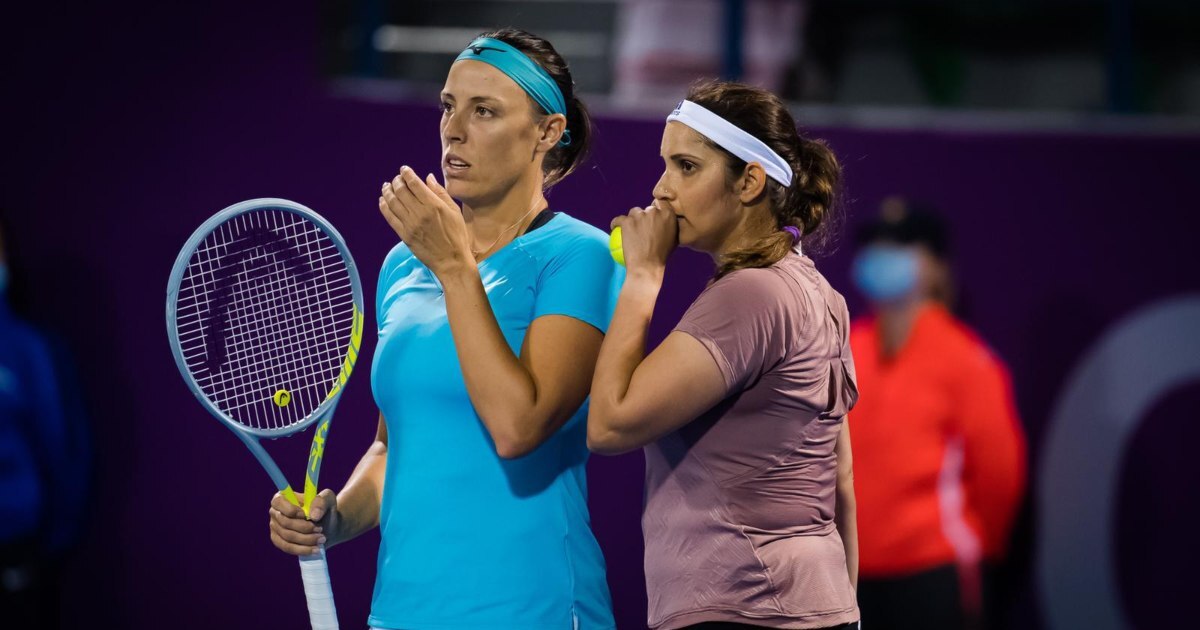 India’s Sania Mirza continued to display her excellent form as she proceeded further to the semi-finals along with her Sloven Doubles partner, Andreja Klepec, in the Qatar Open on Wednesday. Mirza and Klepec established a comfortable 6-2, 6-0 victory in straight sets over fourth-seeded Anna Blinkova from Russia and her Canadian partner, Gabriela Dabrowski in the quarter-finals of the tournament.

Earlier this week, the duo made a victorious return to the WTA circuit, where they defeated the Ukranian pair of Nadiia Kichenok and Lyudmyla Kichenok with 6-4, 6-7(5) and 10-5, in the opening round of the event. This match also happened to be the first match Mirza played since the past 12 months, and co-incidentally Qatar Open was the last tournament she played, after which the Covid-19 outbreak happened.

In the previous campaign, Mirza brought the country’s first ever Fed Cup Heart Award in Asia/Oceania category home, that witnessed more than 10,000 votes out of the total 16,985 cast straight to her name.

The ongoing Qatar Open in Doha also witnesses a remarkable dip in the prize money as a result of a direct impact from the global pandemic. According to reports, the prize money has seen a dip of nearly 70% in both the singles and doubles, with the winners being able to take home just around $69,000 and $22,500 respectively, as against the preceding year.

Women’s Singles Round of 16