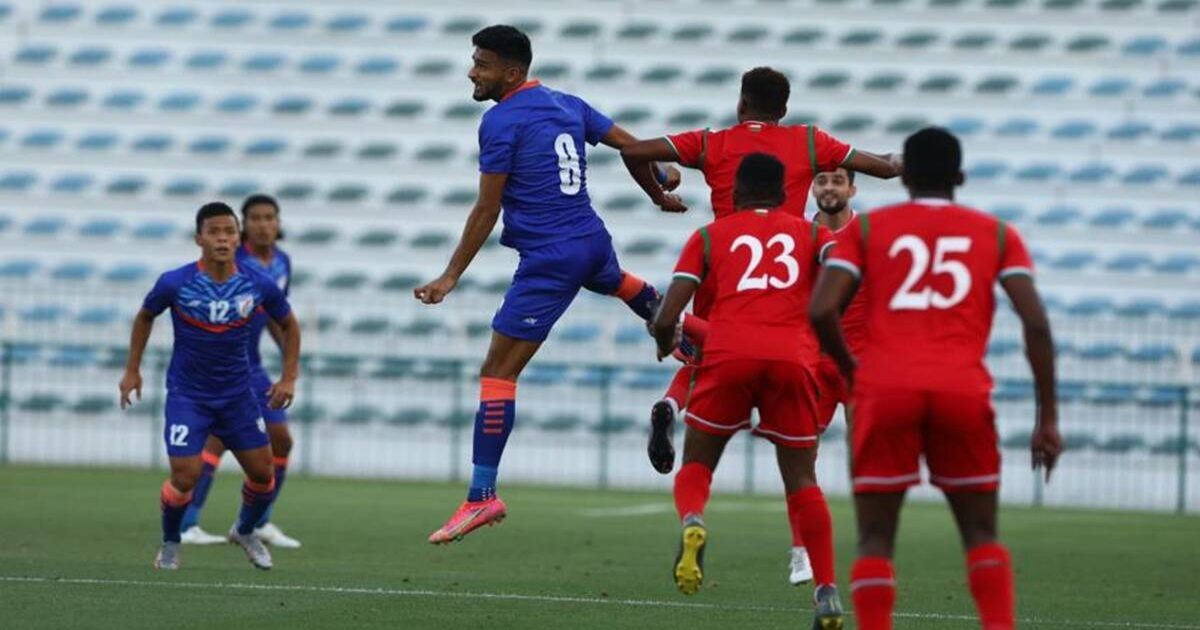 India marked their return to international football after 492 days with a 1-1 draw against Oman at the Maktoum Bin Rashid Al Maktoum Stadium in Dubai on Thursday in the first of their first two friendlies in this international.

Igor Stimac started a very young side with six debutants. The young side managed to keep Oman at bay in the opening half-hour, where goalkeeper Amrinder Singh even saved a penalty. But towards the end of the first half, they conceded an unfortunate own-goal just before half time which is said to be the worst time to concede a goal in football.

But the young side showed resilience and started the second half on front-foot and equalised near the hour mark through a Manvir Singh header off a Bipin Singh cross. The overall performance was not vintage, but young players showed a lot of heart to grind out a draw. They also managed to create decent enough chances in the second half to knick a win. Stimac eventually handed debut to ten players by the end of the game. Indian captain Sunil Chhetri had kind words for all debutants after the game.

To all those who pulled on the India shirt for the first time in your lives, build on the moment and the memory. Turn back to it when you need that extra bit of motivation. Congratulations lads – Suresh, Akash, Bipin, Jeakson, Ashutosh, Yasir, Ishan, Sana, Apuia and Mashoor.

Despite the draw, Stimac was happy with the team’s performance. He was particularly pleased with the performance in the second half. The Croatian manager was also encouraged by some of the play from team on the transition. He also had special praise for all ten debutants.

“One good thing was the result in the end. The whole team reacted  well in the second half. They did their best and tried everything. We had some good transitions, which is something I was looking for. In the end, I have to say I am happy because we had 10 debutants today – some with many minutes on the pitch and some with only a few. But, they all did their part in getting our first point from Oman in three games.”

India will play UAE in their second international friendly on 29 March. The young players are likely to get more opportunities in this game, while Sunil Chhetri remains on sidelines as he continues to recover from coronavirus.