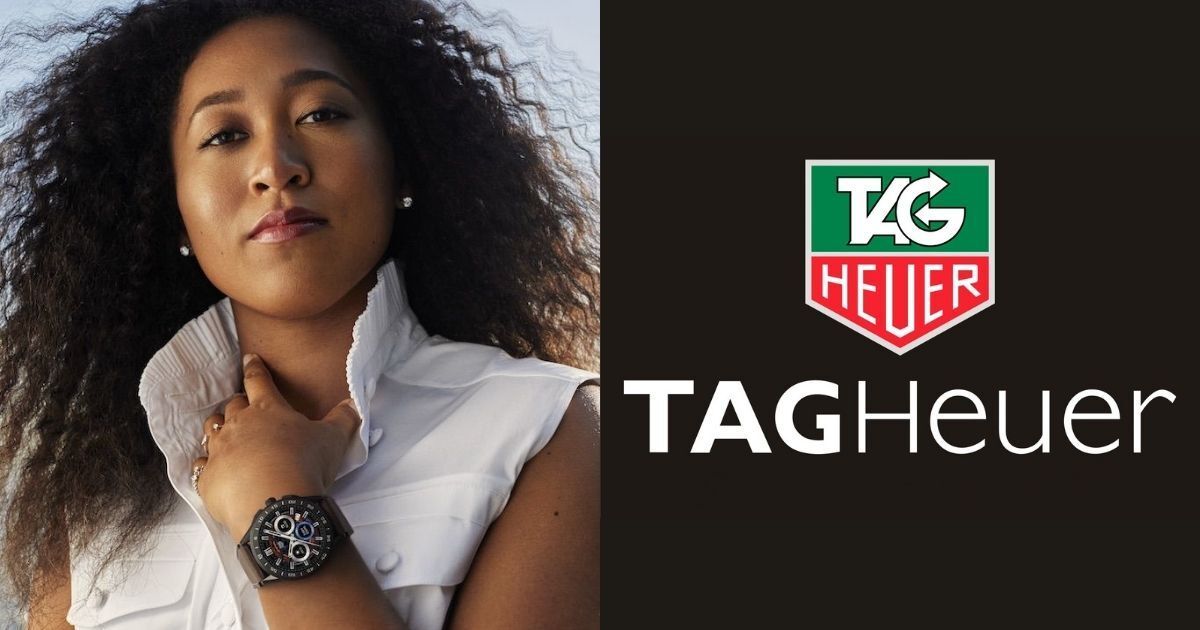 Welcome to the team, Naomi!
One of the greatest athletes in the world, our newest brand ambassador @NaomiOsaka embodies the values of TAG Heuer’s #DontCrackUnderPressure motto, precision and an avant-garde approach on and off the court. Discover more at: https://t.co/uYchdYBpb0 pic.twitter.com/o9qzeUCBHB

Talking about this new role, the 23-year-old tennis star said, “I’m excited and honoured to join Tag Heuer as brand ambassador. It’s a partnership and friendship that exemplifies our shared mindset and values. The brand’s trailblazing approach with their ‘Don’t crack under pressure’ motto speaks to the way I live my life both on and off the court.”

Naomi’s recent sponsorship deals with fashion brands like TAG Heuer and Louis Vuitton are an appreciation of her fashion style and statement, both on and off the court. Whether it is about donning traditional accessories to honour her roots or wearing masks with names of racial attacks victims to advocate for ‘Black Lives Matter’, Naomi has always used fashion to express her opinions. These endorsements will surely further accentuate her voice around the globe.

Last year, Naomi overtook Serena Williams as the highest-paid female athlete. According to Forbes, the three-time Grand Slam winner earned around $34 million in 2020 from her endorsement deals with brands such as Nike, Mastercard and Nissin. Her earnings in 2020 created a brand new record for female athletes as she beat the previous best of $29.7 million set by Maria Sharapova in 2015.

The former World No. 1 is now in two-week compulsory quarantine at Adelaide ahead of the upcoming Australian Open. She is scheduled to play an exhibition event in Adelaide on January 29 before starting her campaign in Melbourne for the first Grand Slam of the season.