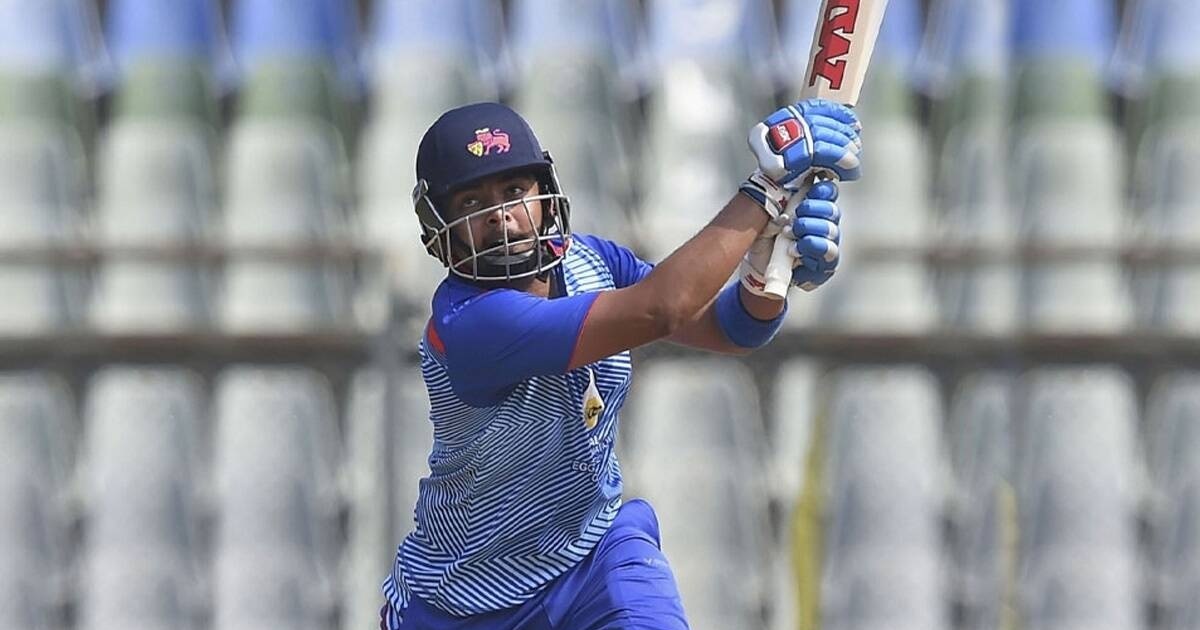 An incredible innings by skipper Prithvi Shaw against Saurashtra helped Mumbai to progress to the Semi-final of the Vijay Hazare Trophy. In his third century of the ongoing tournament, Shaw slammed 185 runs off just 123 balls (with 21 fours and 7 sixes), ending up just shy of another double century, assisted by Rajasthan Royals player Yashasvi Jaiswal’s 75 to stitch an astounding 238 run opening partnership.

The total was never seemed to be enough to the aggressive batting line-up of Mumbai as they wrapped up the game inside 42 overs. Jaydev Unadkat was the only Saurashtra bowler to pick up a wicket, while most of the bowlers were not only ineffective, but also had an economy of more than six runs per over due to Shaw’s incredible stroke play.

Saurashtra won the toss and chose to bat first, but things didn’t go much according to what they had planned. They started the innings at a slow pace, with the openers taking much time to adjust. Fall of wickets at regular intervals hampered their stable flow, and only a later surge by the efforts by Samarth Vyas (90) and Chirag Jani (53) helped them to post a competitive total of 284 runs.

With his phenomenal performance throughout the tournament right before a month from IPL, the Player of the Match, Prithvi Shaw has risen the hopes of his IPL club Delhi Capitals. Shaw will be looking to continue this form when they face Karnataka in the semi-final of Vijay Hazare trophy later this week. Meanwhile, the second semi-final will take place between Gujarat and Uttar Pradesh.