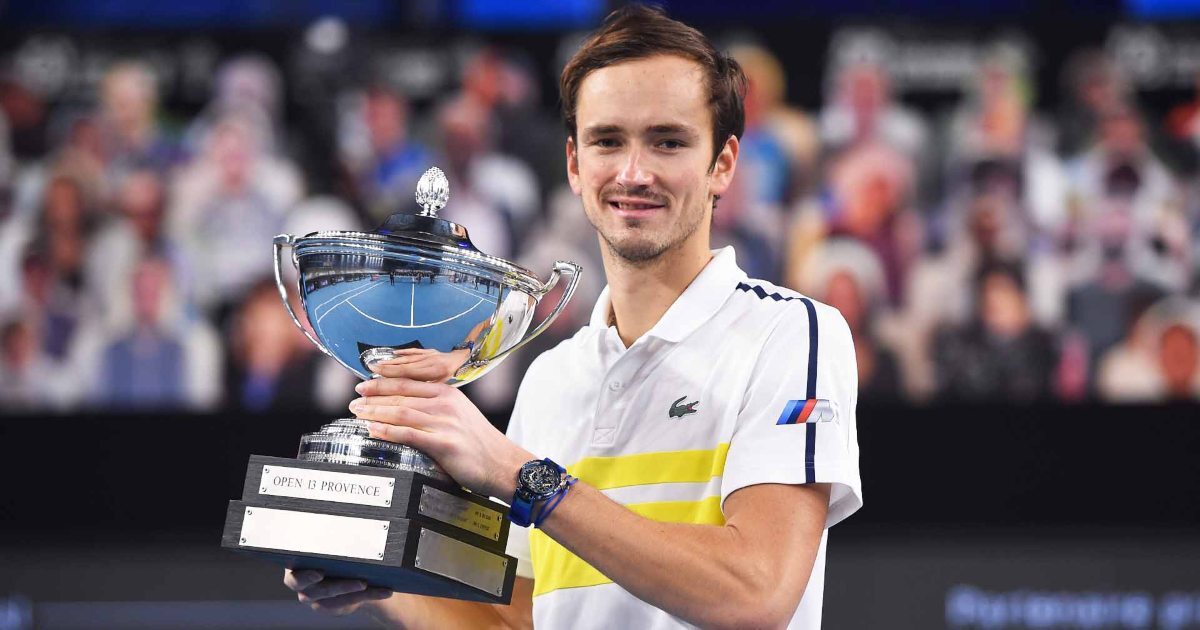 For what has been noted for the first time in the past 15 years of sheer dominance by the ‘Big 4’ in men’s tennis, Russia’s Daniil Medvedev has finally broken the streak by rising to the second position in ATP rankings, dethroning Rafael Nadal.

The 25-year-old rose to his career-high No.2 in the latest ATP rankings. The significance is great, as with this achievement he becomes the first tennis player since July 25, 2005 not named Roger Federer, Rafael Nadal, Novak Djokovic or Andy Murray to be placed second in ranking. The last non-Big 4 player to reach this position was Lleyton Hewitt, who held the position for just a week to be replaced by Nadal on the July 25, 2005.

Until Sunday, the second rank was held by Rafael. The Spaniard had dropped 180 points due to the new COVID-affected ranking system, consequently losing his spot. On the other hand, Medvedev’s rankings were boosted when he beat Pierre-Hugues Herbert 6-4, 6-7 (4/7), 6-4 in the Open 13 in Marseille, winning the title as well as proceeding in points.

The Russian is excited and happy after achieving this feat. It seemed as if the victory re-invigorated his confidence in the game, who now eyes to get to the highest spot. Medvedev said, “I am really happy. I knew that I would become No 2 no matter what on Monday. It is always better when you step up the rankings when you do something great.”

The young Russian tennis star also expresses his disappointment at not being recognized. He fully believes that the new generation are being brought down by tennis community. He says that the comparison of the new gen players with the legendary trio of Nadal, Federer and Djokovic is unfair.