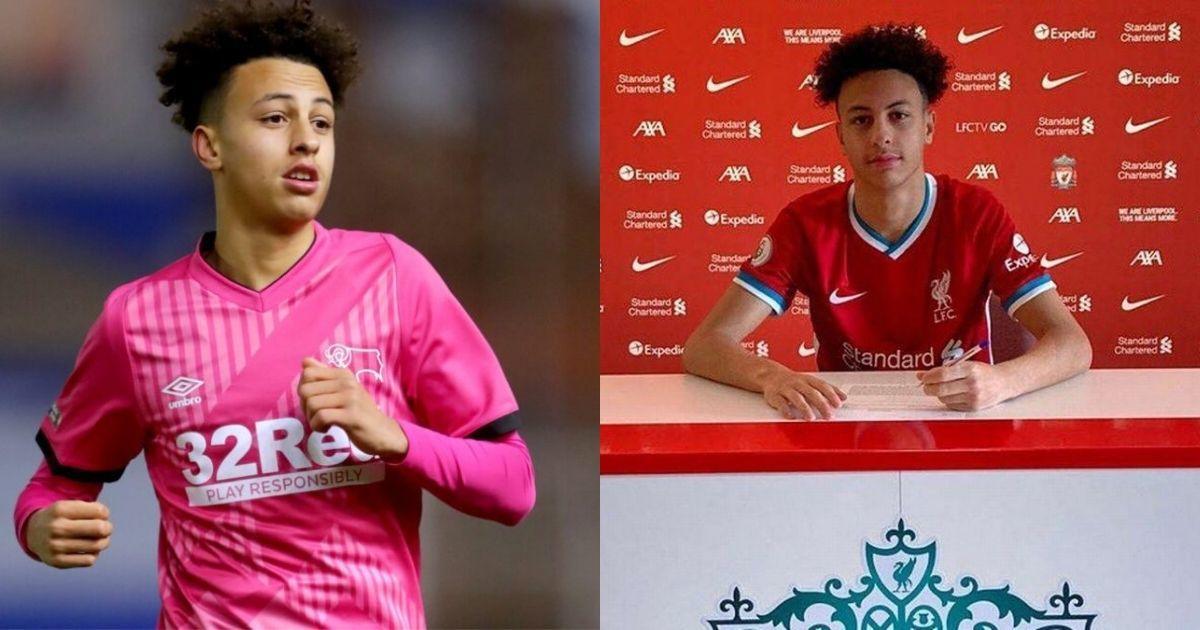 Liverpool has signed 16-year-old Derby County midfielder Kaide Gordon. According to the Rams’ official website, the teenager joined the defending Premier League champions after an undisclosed compensation agreement was reached by the two clubs. However, the contract is reportedly worth £1 million up front with a potential further £3 million in add-ons. Manchester United and Tottenham Hotspurs were the two other reputed Premier League clubs vying for the signature of promising player.

Gordon, a Derby County academy graduate, has been with the Rams since he was six. He made his senior debut for the team in their 4-0 win against Birmingham City in December last year. The youngster became the fourth-youngest player to play for the Rams’ first-team.

The 16-year-old midfielder is considered as one of England’s top talents in his age group and has already played a starring role in Derby’s Under-18 side, scoring three goals in five matches. This England youth international was also named Derby County’s Academy Player of the Season last term.

Derby County head coach Wayne Rooney confirmed the teenager’s move to Anfield and said, “Kaide is a fantastic player. I brought him into the squad because he was showing the qualities I want. We offered him a deal which he didn’t take. As always when a player doesn’t sign up if any of the big clubs in the Premier League come in, it is very difficult to deny the player that opportunity. There has been an offer for Kaide (from Derby) since before I have been in this role. He hasn’t signed it for whatever reason. Liverpool become aware of that and stepped in. Once a team like Liverpool comes in for one of your players it is hard to turn that down. For his development, of course, I would have liked him to stay at the club, but I understand once the champions of England come in and want to sign you, it is difficult to turn it down.”

Gordon’s transfer continues the habit of Liverpool acquiring lower leagues’ most gifted youngsters. In 2010, the Reds signed 16-year old Raheem Sterling from Queens Park Rangers F.C. With Gordon showing great dribbling skills, and his left foot likened to the likes of Salah, his time at Anfield can really amp up his potential to a great level. Gordon will join Liverpool’s Under-23 team and is likely to be part of Jurgen Klopp’s first-team plans immediately.