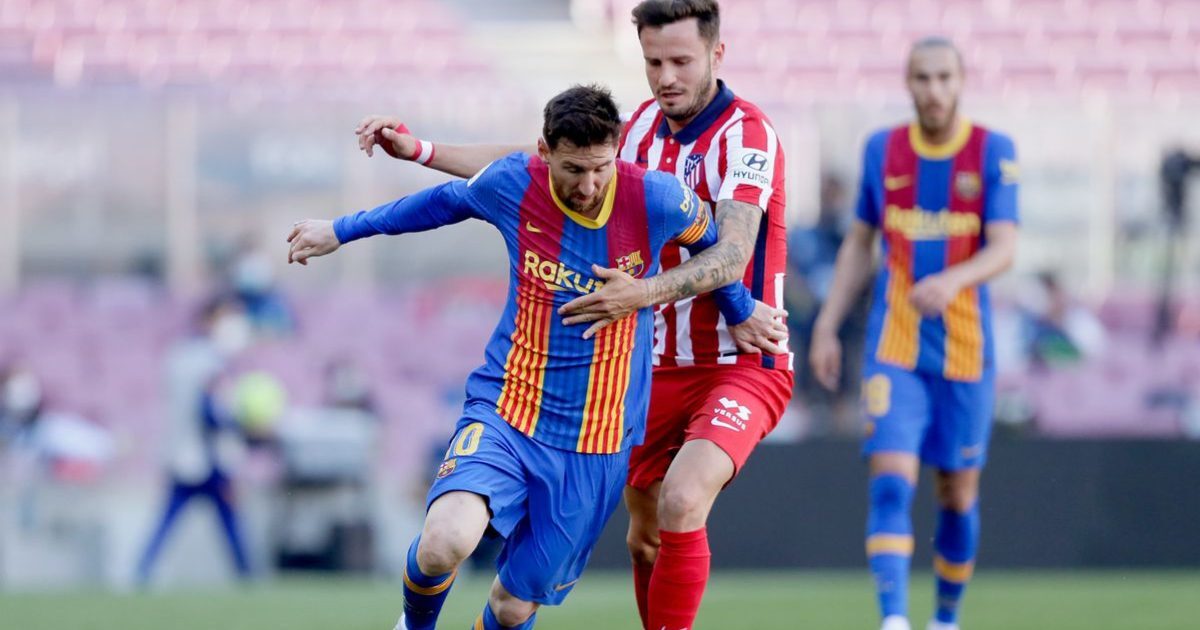 FC Barcelona drew Atletico Madrid 0-0 in what was one the most important matches in the La Liga title race at the Camp Nou. The teams needed the three points to cement their position at the top of the table.

Both the teams lost one player each due to injury inside the half-hour mark, Sergio Busquets clashed with Stefan Savic in the air and suffered a concussion. Meanwhile, Thomas Lemar was subbed off as he pulled his hamstring.

The visitors dominated the first half forcing Marc Andre Ter Stegen to make some terrific saves. Atletico was pressing aggressively and overloading the midfield to create clear-cut chances. Even though Barca dominated the possession, but it was Diego Simeone’s men that had chances to open the scoring.

Lionel Messi made a beautiful run running past half of the Atletico defense, but Jan Oblak pulled off a brilliant save to deny the Argentinian from scoring the goal of La Liga season. Atletico was suffocating Barcelona to keep them at bay and looked dangerous on the break throughout the game.

The hosts came into the second half with more purpose as they found the way to beat the Atletico press and created more chances than they did in the first half. Barca had the opportunity to gain the lead but was wasteful in the attack. The Catalan club came very close to scoring when Messi and Antoine Griezmann linked up well to set up Jordi Alba. The Spaniard crossed the ball in a dangerous area, but Ousmane Dembele couldn’t get his header on the target.

Both the teams were very lethargic towards the end of the game and failed to convert the chances. Atletico managed to keep the clean sheet at the Camp Nou for the first time since 2005. This result favours Atletico more than Barcelona although Real Madrid will be the happiest in the battle for the crown.

The title race is far from over, Real Madrid could go on top of La Liga if they manage to win their game against Sevilla on Sunday. Los Blancos still have two tough matches left in La Liga-Athletic Bilbao (Away) Villareal (Home). After a long time, La Liga has seen such an entertaining title race and it will be interesting to see who comes out on top and clinches the title. If all three teams win their remaining games, then Atletico Madrid and Real Madrid will finish the season level on points. However, Zinedine Zidane’s men will retain the title since they have a better head-to-head record against Atletico Madrid.