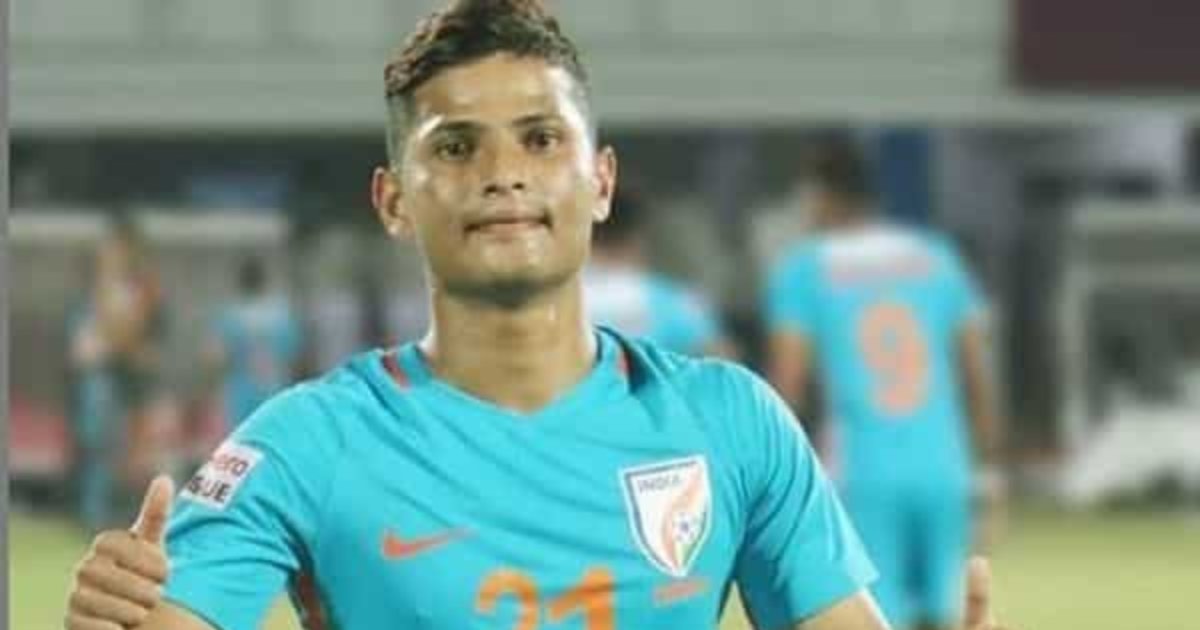 Sanjeev Stalin has joined Kerala Blasters on a three-year deal which will see him at the club till 2024. The left-back will be joining the team for the upcoming 2021-22 Indian Super League season. Stalin believes that this transfer is a dream come true and he is raring to go next season.

“l am glad to continue my football journey with Kerala Blasters FC and come back in the Indian Super League after learning so much in Europe. Football is more than a passion to me. It’s a dream that I’m living on a day-to-day basis, the one dream I’m working hard to make as memorable and joyful as possible and reach the highest levels possible. I can’t wait to start training with the team and play in front of the Yellow Army.”

Stalin has been playing football in Portugal during the last couple of season with Deportivo Aves and Sertanese. Karolis Skinkys, Sporting Director of KBFC, believes that Stalin’s experience in Europe will help the team. He believes that Stalin has become a much more mature player with his spell in Portugal. Skinkys is confident that KBFC will do everything possible to continue the development of young Indian full-back.

Stalin who has represented India at various tournaments including U-17 and U-20 level – most notably at the 2017 FIFA U-17 World Cup, which was India’s first FIFA World Cup appearance at any level. He will be joining his former teammates Jeakson Singh and Rahul KP at Kerala Blasters.

KBFC endured a horrific ISL 2020/21 campaign as they finished tenth in the table with just 17 points in 20 games. Courtesy of a poor campaign, KBFC parted ways with Kibu Vicuna. The recruitment policy of the club was heavily criticised by the manager after dismal performances in the competition. The Kerala based club will be hoping that new and younger recruits will help them to have a much better campaign next year.