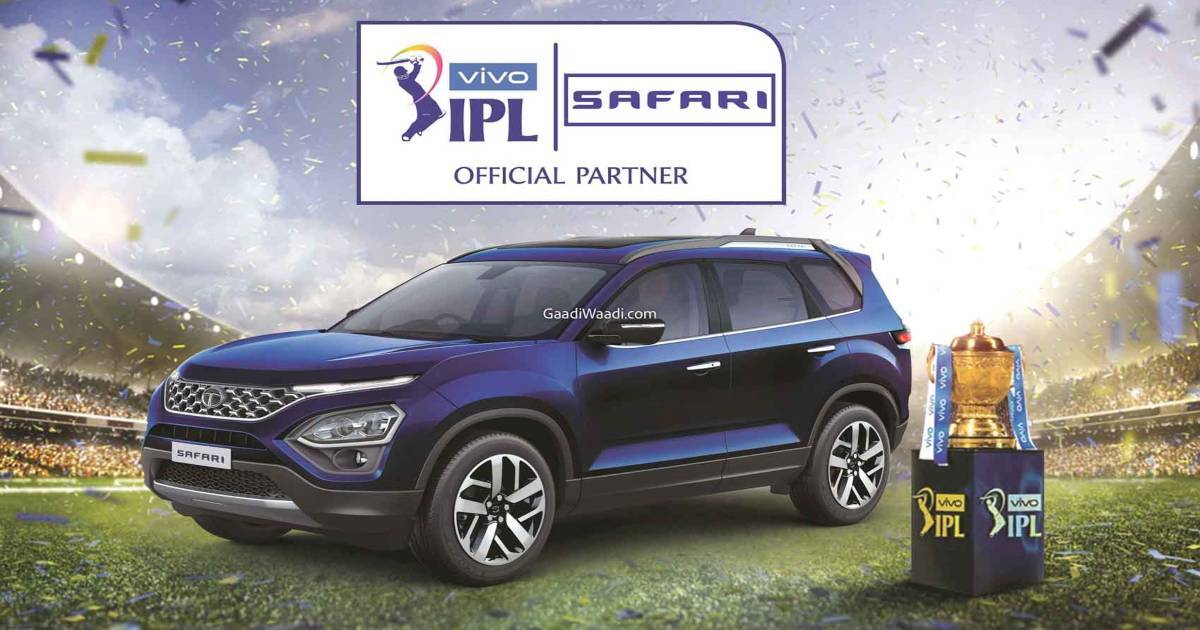 Tata Motors has announced on Tuesday that flagship SUV model Tata Safari will be the official partner of VIVO Indian Premier League (IPL) 2021 as the tournament returns to India this year. The brand will be continuing its association for the fourth consecutive meeting with the Indian Cricket Regulatory Board (BCCI). IPL 2021 will act as a platform for Tata Motors to promote new model of Tata Safari.

IPL will return to India on April 9 after the previous season was played in UAE. All the matches will be played in six major cities including Delhi, Mumbai, Bangalore, Kolkata, Chennai and the final is going to be played in Ahmedabad.

Commenting on the association, Vivek Srivatsa, Head of Marketing, Passenger Vehicle Business Unit (PVBU), Tata Motors, said, “This year the IPL is special to us as the tournament has returned to its Indian territory after a difficult year. The excitement of the 2021 tournament will be high as cricket fans in India look forward to welcoming the prestigious league back to their home stadiums.”

Brijesh Patel, Chairman, IPL said, “We look forward to Tata Motors continuing with this year’s VIVO IPL organization with their new launch – the brand new Tata Safari. Tata Motors has been the official partner of the competition since 2018 and our relationship with them continues to grow year by year.”

As an Official Partner, Tata Motors will be showcasing the new Safari in all the stadiums Chennai, Mumbai, Delhi, Bangalore, Kolkata and Ahmedabad. Apart from Tata Motors, CRED, Dream11, Unacademy, Upstox are primary sponsors of IPL 2021, while VIVO returns as title sponsor after pulling out of the tournament last season due to tensions between India and China.