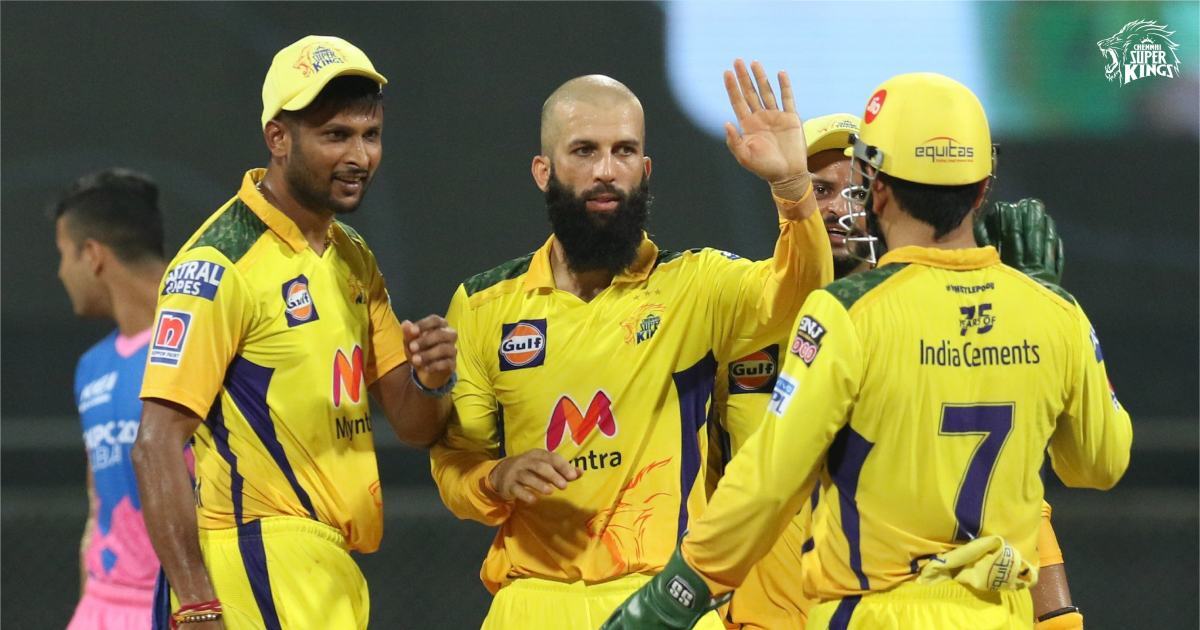 Looks like MS Dhoni’s yellow army is finally back in form as the team registered an easy win over Rajasthan in IPL 2021 on Tuesday. With CSK’s bowling side knocking out Rajasthan’s batting, CSK regained a position of strength in the points table. It now sits second in the points table with the highest net run rate of +1.194. Here are the takeaways from last night’s clinical performance from men in yellow.

While Jadeja did not excel with his bat during the first innings, but he did an amazing job with the ball dismissing Jos Buttler and Shivam Dube at crucial phase of the innings, turning the game in CSK’s favour. Moeen Ali backed up Jadeja’s performance by taking three wickets of David Miller, Chriss Morris and Riyan Parag in three overs at the expense of seven runs. The performance from spin duo in the second half of Rajasthan’s chase meant that CSK didn’t have to worry about Rajasthan in death overs.

With Ben Stokes ruled out of IPL 2021 due to his injury, Jos Buttler was given a chance at the top and he did not disappoint. With his innings of 49 runs, he gave Rajasthan a good start in the chase, but it was in vain as the team collapsed quickly after his dismissal and eventually bundling out for 143.

Even though Gaikwad started his innings with a boundary, he couldn’t carry this momentum forward as he was dismissed after scoring 10 runs by Mustafizur Rahman. This is the third consecutive game when Gaikwad has failed to deliver in IPL 2021. Although CSK backs their players by giving them long run in the team, Gaikwad is running out of chances as of now.

Similarly for Rajasthan, Manan Vohra also failed to come up with a substantial innings for third game in a row. With Stokes out and Archer not in the play, RR needs to have a consistent and strong batting line up that puts runs on the board. Vohra needs to repay the faith shown by team management in upcoming games or else he will end up being replaced in the starting XI.

IPL Retention 2022: A list of players retained by all IPL franchises

IPL franchises announce the retention of their marquee players