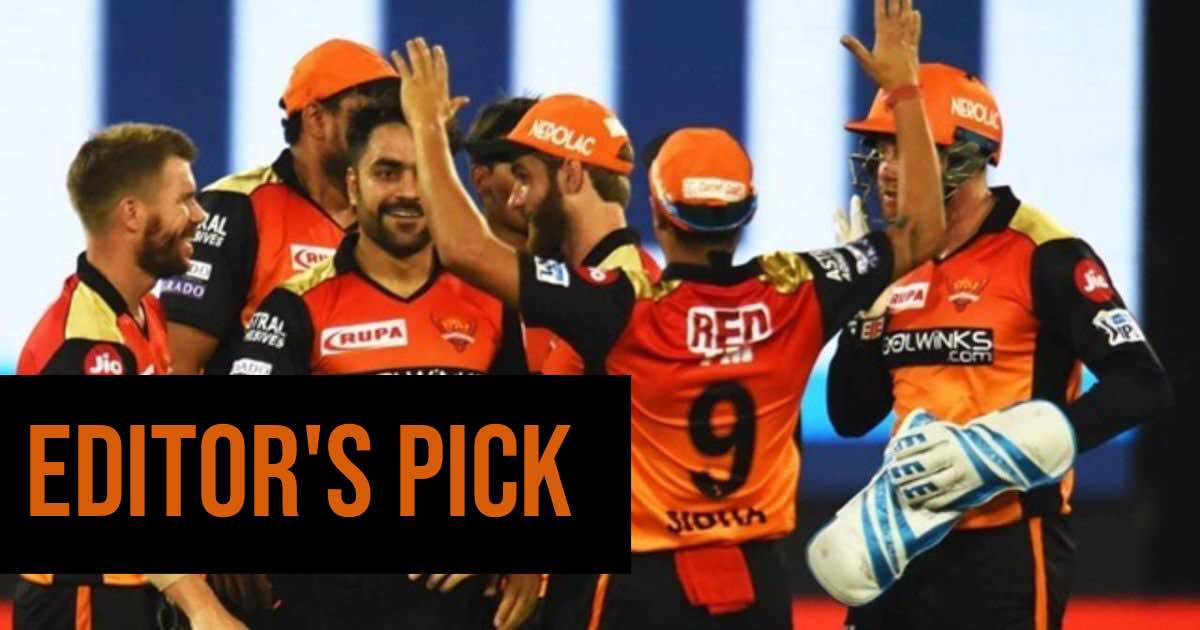 Sunrisers Hyderabad failed to massively strengthen the squad during the auction, but retaining the core players of the squad still makes them a strong contender.

It was an eventful IPL 2021 auction last month as several records were smashed as various teams flexed their purse to make vital addition. One team that was a mere spectator during this auction was Sunrisers Hyderabad. Even though they had the smallest purse for this auction (Rs 10.754 crores), SRH still managed to save more than 50% of this amount.

The most expensive buy for Hyderabad-based franchise during this auction was Kedar Jadhav for his base price worth Rs 2 crores. Jadhav was brought back in the second phase of the auction after going unsold in the first phase. Mujeeb Ur Rahman was picked up for Rs 1.5 crores, while Jagadeesha Suchith was the final acquisition for Rs 30 lakhs.

All these three players will not be part of SRH’s first-choice starting XI, so the first team is hardly improved from last season in terms of personnel. However, Jadhav will provide them with experience in the young middle order. His bowling is not necessarily as effective in T-20 cricket, but he will remain a sixth bowling option whenever SRH decides to include him in the team.

Mohammed Nabi has found it difficult to get game time at SRH in the last couple of seasons due to the limit of four overseas players in the starting XI. If a player like Nabi is finding it difficult to make it into the team, then Mujeeb Ur Rahman faces an uphill task to regularly feature this season despite being a star performer for Afghanistan. He will be a sound backup for Rashid Khan if the ace spinner needs rest during the campaign. J.Suchith will be a decent Indian all-rounder option for SRH, but he is unlikely to play many games during this season.

It is clearly evident that SRH is banking on last season’s team to get them over the line and lift the trophy. They will receive a big boost in the Indian bowling department as Bhuvneshwar Kumar is completely fit after delivering brilliant performances for India against England in the T-20 series. They do have a strong group of Indian pace bowlers for the tournament.

Meanwhile, the batting department will heavily rely on David Warner and Kane Williamson. They may also go ahead with keeping Jonny Bairstow in the team if Rashid Khan is the only overseas option in the squad. Mitch Marsh will be available for this season after missing the last campaign due to injury, while Jason Holder is also another solid all-rounder in the squad. Young players such as Abdul Samad, Priyam Garg, and Abhishek Sharma will have a decisive role to play after getting vital experience under their belt last season.

There is no doubt that SRH could have afforded to add at least one marquee player to the squad during the auction. However, key players returning from injuries and strong spine in the starting XI will still help SRH to mount a serious challenge in IPL 2021.