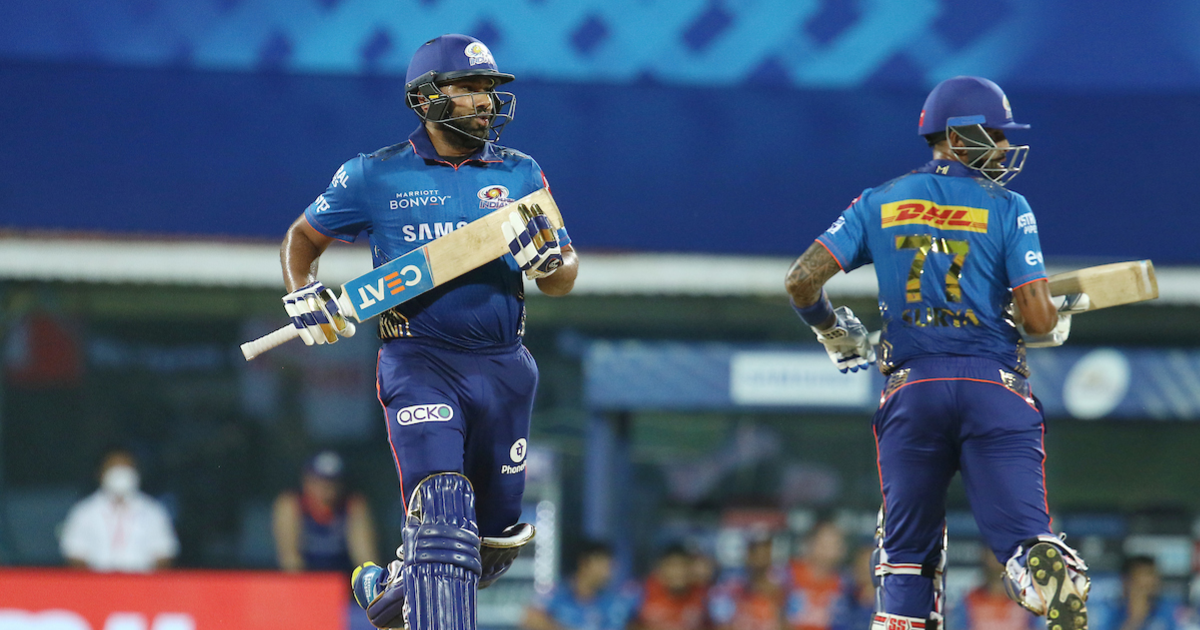 After losing the opening match in IPL 2021 against RCB, Mumbai Indians redeemed themselves on Tuesday as they came back strongly in the last ten overs of the match to defend a total of 152 against KKR.

The match took a turn when KKR started throwing their wickets away rather unnecessarily, handing over the match to MI on a platter, especially in the latter half of the game wherein they managed only 20 runs in the last five overs. Speaking about their victory in the post-match presentation ceremony, MI skipper Rohit Sharma praised his teammates’ performances.

“It was an excellent fightback by each one of them. You don’t see a game like this often. We will take lots of confidence from this game as we move forward,”

Talking about the match, Rohit Sharma further added that KKR batted brilliantly in the powerplay. However, Rahul Chahar landed crucial wickets in the middle while Krunal Pandya’s bowling in the last few overs at the end was also vital. Elaborating on Chennai’s wicket he said that the trend here was that players cannot hit from the first ball that’s being used. Teams need to plan before they bat. That is why MI was 15-20 runs short.

Meanwhile, KKR skipper Morgan was disappointed that the team lost even after playing some good cricket. Adding on he said that KKR made a few mistakes and did not play a bold game, which cost them the match.

But Morgan wasn’t the only one disappointed as former Indian cricketers, Virender Sehwag, Sanjay Manjrekar, Aakash Chopra were also left in shock after KKR lost the game which they believed should have been an easy victory.  In their respective tweets, they expressed their shock at KKR not being able to make 31 from 30 balls. MI continues to dominate KKR as they now have 22 wins against them in IPL history.