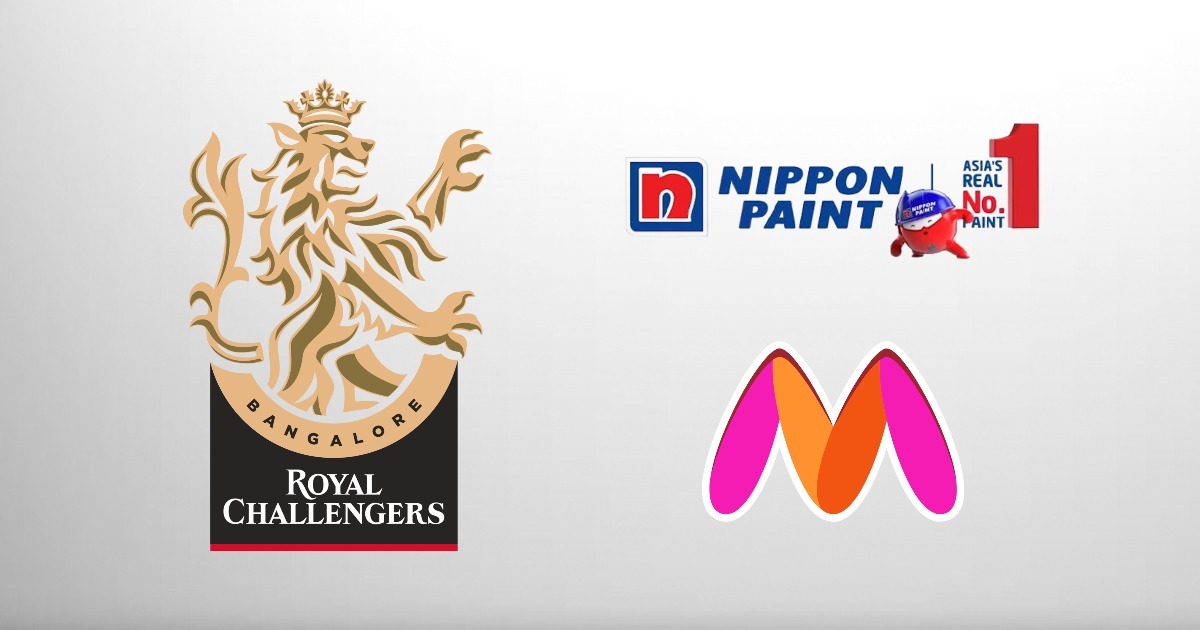 With the IPL 2021 just 4 days away from its grand premiere, teams are looking to announce all sponsors. Royal Challengers Bangalore (RCB) has announced deals with Nippon Paints and Myntra.

The franchise first announced the sponsorship deal that they signed with Asia Pacific’s paint manufacturer, Nippon Paint. As per this deal, Nippon Paint will feature their logo on the back of the RCB players’ helmets. Along with this incentive, TV, Print, and digital campaigns will be launched by Nippon with RCB.

As a mark of commemoration, the company unveiled a new avatar Blobby in RCB colours. They also launched a limited edition paint colour called the ‘RCB Red’. This colour reflects a distinct tone of red colour just as their official jersey.

The club’s second announcement involved a collaboration with the Indian online fashion platform Myntra, as their official fashion partner for the second time. With this partnership, the fashion company’s platform will be able to create content-led brand integration and sell the franchise’s official merchandise for the upcoming Indian Premier League that kicks off this week.

The duo will also create videos on the behind-the-scenes life of Bangalore players. These videos will include interviews with both players and coaches alike, asking about their fashion outlook and stream them on their social media handles.

The partnership will produce about 150 engaging videos for the fans of RCB, which will be covered under four broad themes to be released on the franchise’s official social media pages. The four themes include – Bold Diaries – videos showcasing the behind the scenes life of an RCB player  RCB Insider – a satirical and humorous series of videos, Game Day – videos that show different interviews with the players and coaches, and RCB 12th Man – a series of videos completely dedicated to fans. With this, Myntra seeks to reach 30 million people and enhance its further reach.

Bangalore will begin IPL 2021 on April 9, as they face Mumbai Indians at the MA Chidambaram Stadium in Chennai.