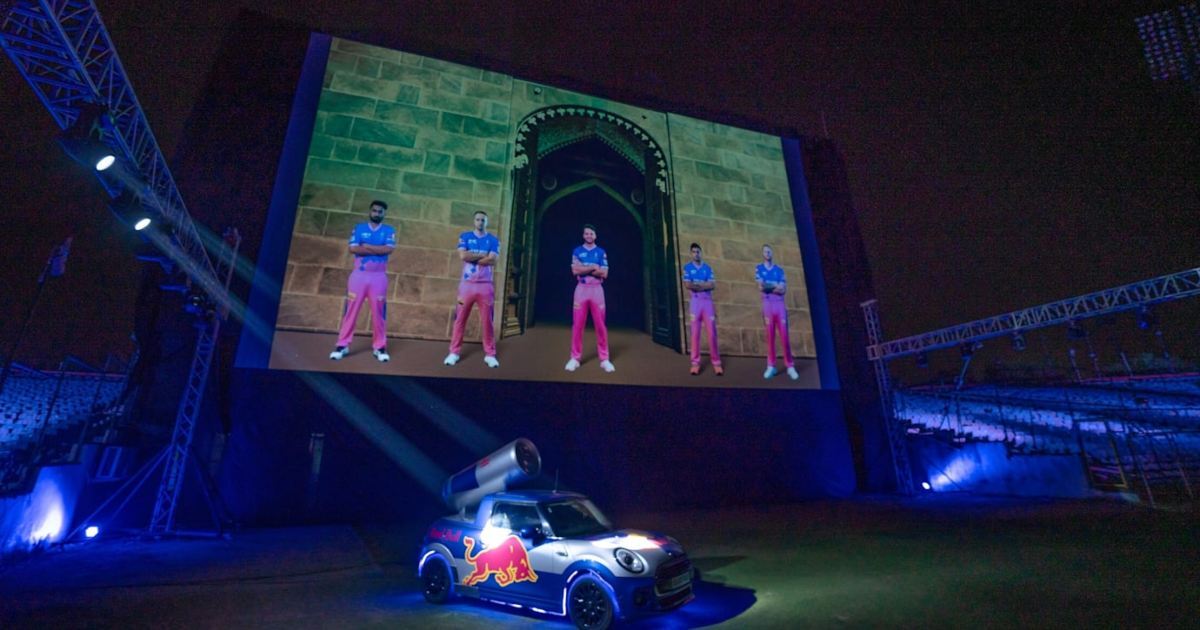 Rajasthan Royals unveiled kit for the IPL 2021 by organizing a dramatic live stadium show in the Sawai Mansingh Stadium, Jaipur over the weekend. As the teams are likely to play the entire campaign behind closed doors, RR ensured to indulge with their fans at home in the most spectacular way possible

The Sawai Mansingh Stadium was covered with 3D projection and light while the Rajasthan Royals players revealed the new kit for IPL 2021. The programme was an audio-visual show that was broadcasted in real-time to fans all around the world as well as the players, that are currently in the team’s bio-bubble in Mumbai. In an official statement, RR said that this show was a celebration of the culture of Rajasthan.

“The show was a celebration of everything that the Royals fans hold dear to their heart — the stadium, the city of Jaipur, the Rajasthani culture and landscape — as well as a reflection of how the franchise”s association with Red Bull is helping them move forward at rapid pace, bringing out new ideas and helping the team grow.”

The whole stadium lit up with stands and boundaries being embellished with vibrant blue and pink lights (as on their jersey), where they unveiled the jersey on a projection to the screen. The projection displayed a montage of their city as well as RedBull (their sponsor) vehicles and events.

The montage was followed by a 3D projection of RR players wearing the new jersey, revealing the bright combination of pink and blue with a few features added to make it different from the previous one. RR’s most expensive recruit, Chris Morris was delighted with the kit launch and lauded the new design.

The new jersey had a change of design and principal sponsor in front of the kit. As previously revealed by Sportsmint, RR confirmed last week that Dubai Expo 2020 will be the principal sponsor for IPL 2021. During IPL 2020, TV9 featured on the jersey as the primary sponsor of the franchise.

Meanwhile, RR has also filled all sponsorship slots. Sportsmint understands that Goel Group will be the trouser sponsor for RR this season. After completing the commercial business, RR will be looking to get things right on the pitch. They will play their first game against Punjab Kings on April 12 in Mumbai.