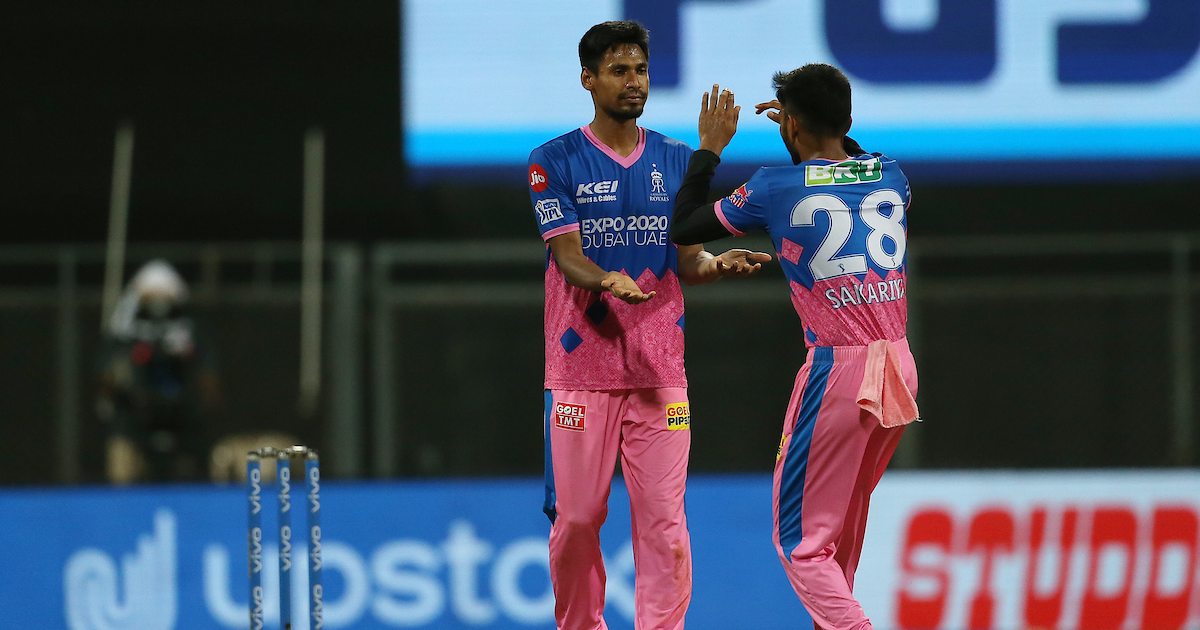 Rajasthan Royals doubled their points tally in IPL 2021 by clinching a comfortable win by six wickets against Kolkata Knight Riders. After restricting KKR to 133 runs, the Royals chased down the score comfortably with the help of solid contributions from Sanju Samson and David Miller.

Royals started the chase brightly by hitting few boundaries in the first four overs. Jos Buttler and Yashasvi Jaiswal soon departed, but Samson and Shivam Dube stitched a good partnership. The middle-order batters made sure that asking run-rate never went out of control. Dube was dismissed when victory was looking a mere formality. Rahul Tewatia also had a brief stay on the pitch, but David Miller and Samson made sure that there was no late drama.

Kolkata Knight Riders needed a good start after they lost the toss. On the back of top-order collapses in the last couple of games, Shubman Gill and Nitish Rana decided to be cautious in the powerplay overs. Since the pitch was suitable for batting, this move from KKR openers turned out to be counterproductive. Moreover, Gill threw it away once he had settled a bit after a brilliant throw from Jos Buttler ran him out.

Rana also soon followed Gill as KKR was scoring at less than seven runs per over after the powerplay. Rahul Tripathi did hold one end, but wickets kept on tumbling at the other. Eoin Morgan was dismissed for a diamond duck due to poor running between wickets.

KKR’s innings never got the momentum that was needed on this flat track. Dinesh Karthik and Andre Russell had a small partnership, but both of them were dismissed in the 18th over by Chris Morris. The South African all-rounder took four wickets in the death overs to restrict KKR to 133 runs. Rajasthan Royals moved up to sixth position after this victory, while KKR’s season is tumbling as they sit at the bottom of the table in IPL 2021.