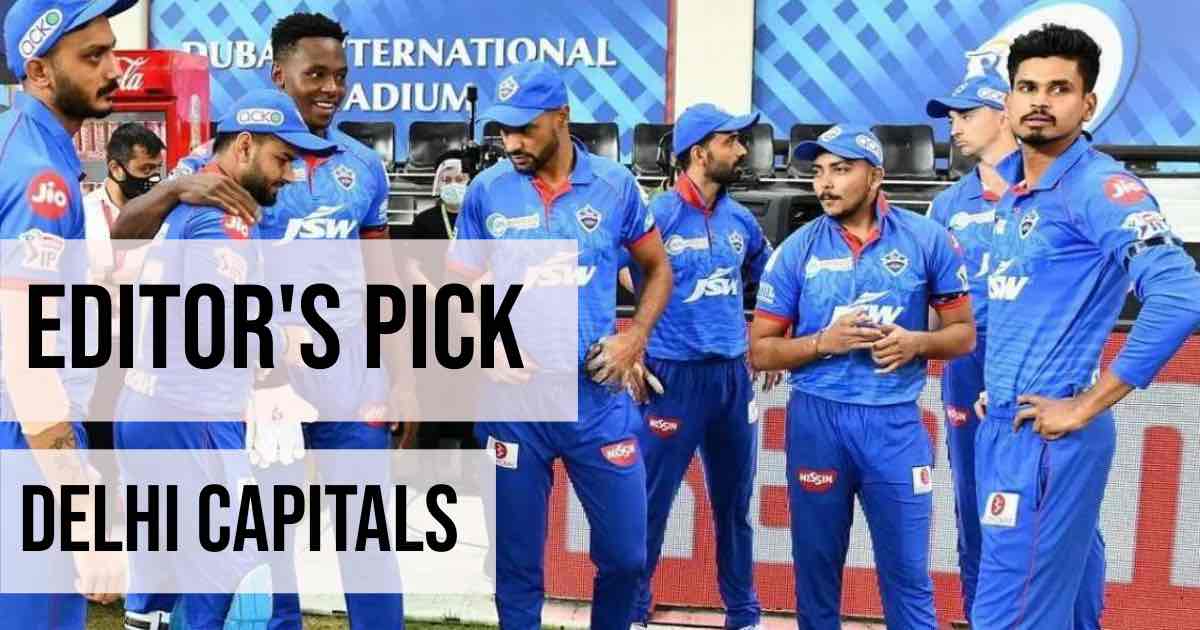 The last couple of seasons have been successful for Delhi Capitals, becoming a force in the tournament and completing the evolution from Delhi Daredevils.

Delhi Capitals represents national capital of India in the Indian Premier League (IPL). Founded in 2008 and previously known as Delhi Daredevils, the franchise is jointly owned by  the JSW group and GMR Group. The team’s home ground is Arun Jaietly Stadium, New Delhi.

During the inaugural season of IPL, BCCI finalised a list of eight teams who participated in the tournament. The teams represented eight different cities in India, including Delhi. Franchise representing Delhi was bought by the property development company GMR Group for US $84 million.

After completing the takeover, team was named as Delhi Daredevils with Virender Sehwag as the star Indian batsman. They started IPL journey with back to back victories against Rajasthan Royals and Deccan Chargers. Despite inconsistent performances throughout the season, DD managed to finish fourth and qualify for the semi-finals. However, they couldn’t get the better of eventual champions Rajasthan Royals in the first knockout round.

The second season was off to a flyer they finished at top of the table in league stages under the captaincy of Gautam Gambhir. The team had power hitters like Virendra Sehwag and AB de Villiers and then uncapped Australian talents like Aaron Finch and Glenn Maxwell who went on to have very successful international careers. They picked 20 points in 14 matches but again lost in the semi-finals to the eventual champions Deccan Chargers.

The start of the new decade marked the downfall of DD as they finished out of the top four for the first time since the inaugural season under the captaincy of Virendra Sehwag as they missed out by only a two-point gap. IPL 2011 was a disaster as Delhi finished at the bottom of the table, picking nine points in 14 games.

In 2012, they topped the league table after winning 11 out of 16 matches, but they once again failed in the playoffs. Daredevils finished in third place which was “another season of dominance at the league stage ended without a win in the playoffs.” IPL 2013 turned out to be disaster for DD as they finished at the bottom of the table. The first victory came in the tournament after six games, and eventually ending the tournament with six points in 16 matches.

Ahead of the IPL 2014 auction, Delhi Daredevils announced that they would not retain any players from their current squad for season seven. With no players retained, the team had the most “right-to-match” cards among all the franchises at the auction-three. They also had Rs 60 crores to spend in the auction. But all that went into vain when they finished at the bottom for the second season running.

The fortunes did not turn immediately as they were rock bottom again, but they did show signs of improvement as young blood was introduced in the team Shreyas Iyer and Rishabh Pant being the priority of the franchise. Coach Rahul Dravid had to quit his job as the coaching order to protect his position as coach of India A and India U-19 following a conflict of interest debate. Ricky Ponting was appointed as the new coach. They also appointed Saurav Ganguly as official advisor/mentor.

They made their way back into the top four and finished third in the league table. They entered playoffs for the first time in seven years they won their first playoffs match against the Sunrisers Hyderabad by two wickets but lost the second match against the Chennai Super King and ended up as second runners up in the playoffs, their best-ever finish.

The 2020 season was full of optimism and excitement for Delhi Capitals as they had a very strong and balanced starting XI. The team had a great start tournament, winning seven out of the first nine games. They finished as the second-ranked team in the league stage. Iyer’s team reached the finals for the first time in the history of the IPL. In the finals, they were defeated by Mumbai Indians – the only team that Delhi could not defeat in the tournament despite playing them 4 times. The 2020 season was the most successful season in the franchise’s history.

IPL 2021 can finally be the year where they can challenge for the title. But before the tournament, they suffered a massive setback as their captain is out for the season due to injury. it will be interesting to see how things play out in the upcoming season of IPL.

Over the years, Delhi has grown as a franchise. They are now executing more astute business during auction. The social media campaigns are much more quirky, while the team is also doing well on the pitch. The next step for Delhi Capitals is to get over that final hurdle and lift the trophy.

IPL 2021 Phase 2: Three players who could be crucial for Delhi Capitals

IPL 2021 Phase 2: Three players who could be crucial for CSK