IPL 2021: Five Newcomers to watch out 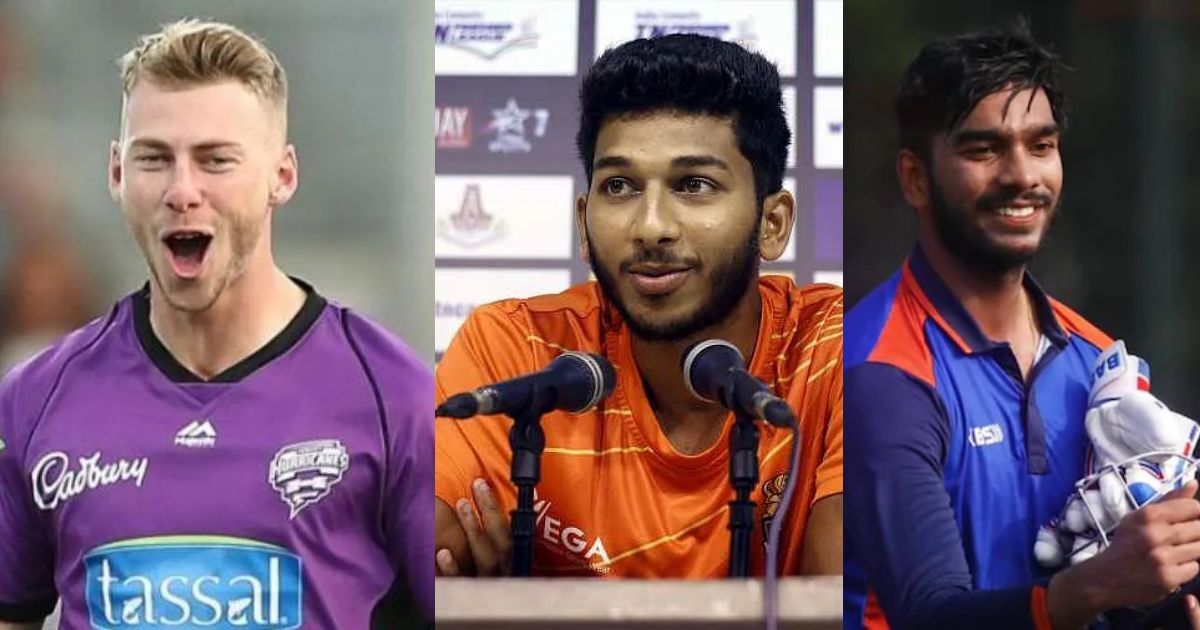 Indian Premier League has been a remarkable platform for young and older players to make a mark at the highest level. Some players get an opportunity late in their career, while some youngsters feature in the tournament early in their career. Ahead of IPL 2021, here is the list of five newcomers to watch out for.

Going into the tournament, Shahrukh Khan was expected to get attention due to his contribution with bat and ball. However, he wouldn’t have expected a bidding war for him. The 25-year-old bagged a contract of Rs 5.25 crore from Punjab.

Khan’s performances in Syed Mushtaq Ali Trophy were impressive. The 25-year-old is a right-hand middle-order batsman and has played 31 T20s so far, scoring 293 runs and picking up 2 wickets. Punjab coach Anil Kumble has praised Khan by comparing him with Keiron Pollard. He could replace the void left by Glen Maxwell.

The 26-year-old all-rounder from New Zealand was bought for a whopping price of Rs 15 crore by Virat Kohli’s side to provide some much-needed strength to the bowling department of RCB.

Jamieson stands 6’7′ tall and bowls at a fair pace and can hit the ball far lower down the order. He has already played 18 international games across all formats, picking up 44 wickets and scoring 292 runs in the process. The Kiwi bowler will have the opportunity to lead RCB’s bowling unit in IPL 2021.

Born in Indore, Venkatesh Iyer is a left-hand batsman and a right-arm bowler. The southpaw has been in sensational form lately in the domestic circuit. The 26-year-old was picked up by KKR at his base price of Rs 20 lakh after some serious hitting in the Syed Mushtaq Ali Trophy for Madhya Pradesh.

He obliterated Punjab in the Vijay Hazare Trophy scoring 198 off 146 So far, he has scored 724 runs in 38 T20s with an average of 36.20 and also managed to take 21 wickets. KKR has previously shown faith in young players, so Iyer could be a good wildcard option for them this season.

Sakariya represents Saurashtra in the domestic circuit and caught the eye of many teams after a successful domestic season. In his fifteen matches in Syed Mushtaq Ali Trophy, he picked whooping 41 wickets. He has also picked 28 wickets in just 16 domestic T-20s.

Punjab Kings bagged Australian Riley Meredith for big bucks. The right-handed pacer was brought for Rs 8 crore while his base price was just Rs 40 lakh. Meredith became the most expensive uncapped overseas player at the time of the auction.

After the auction, Meredith made his debut at the age of 24 in the 3rd T20 of Australia’s tour of New Zealand at Wellington. He has so far played three T20Is for Australia and has picked up four wickets with an economy of 7.55. In Big Bash League 2021, Meredith picked up 16 wickets in 13 innings at a reasonable economy of 7.83.