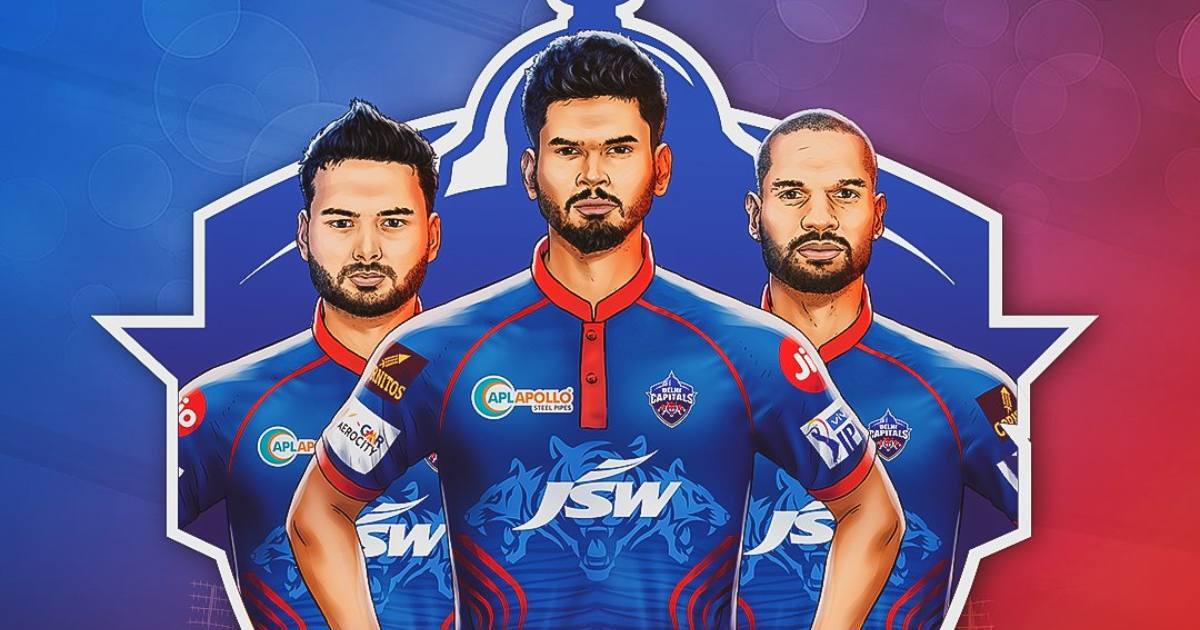 With the new season less than a month ago, teams in IPL will be releasing new kits that will have sponsors for this particular campaign. Delhi Capitals became the first team to release the kit for IPL 2021 on Friday. The franchise from Delhi released the kit on various social media platforms but gave a unique experience to their few fans by inviting them for the launch of new jersey.

JSW prominently features on the front side of the jersey after signing a principal sponsorship deal with the team earlier this year. On the right pocket sleeve of the jersey, Apollo Steel features, while the left pocket has the logo of the franchise. Ebixcash gets the place on the backside of the kit for IPL 2021.

GMR Aerocity gets a place on the right sleeve along with Cornitos. Reliance Jio and IPL logo feature on the other sleeve. The design of the kit majorly consists of blue colour along with shades of red in patches. There are trademark tiger stripes across the jersey along with red tiger claws on the sides.

That's it. That's the caption 😉

WROGN has been working with Delhi Capitals on this kit after becoming the Official Lifestyle and Merchandise partner. The apparel brand will be having DC jerseys on sale at their stores and online platforms.

DC will be hoping that the new kit will bring that extra bit of luck that was not with them last season. They delivered convincing performances in the group stages but eventually fell short at the final hurdle as Mumbai Indians clinched victory against them in the final. With some fine additions during the auction, DC will be aiming to get hands on the glittering prize this season. Shreyas Iyer’s men will begin the campaign at Wankhede Stadium on April 10 against Chennai Super Kings.