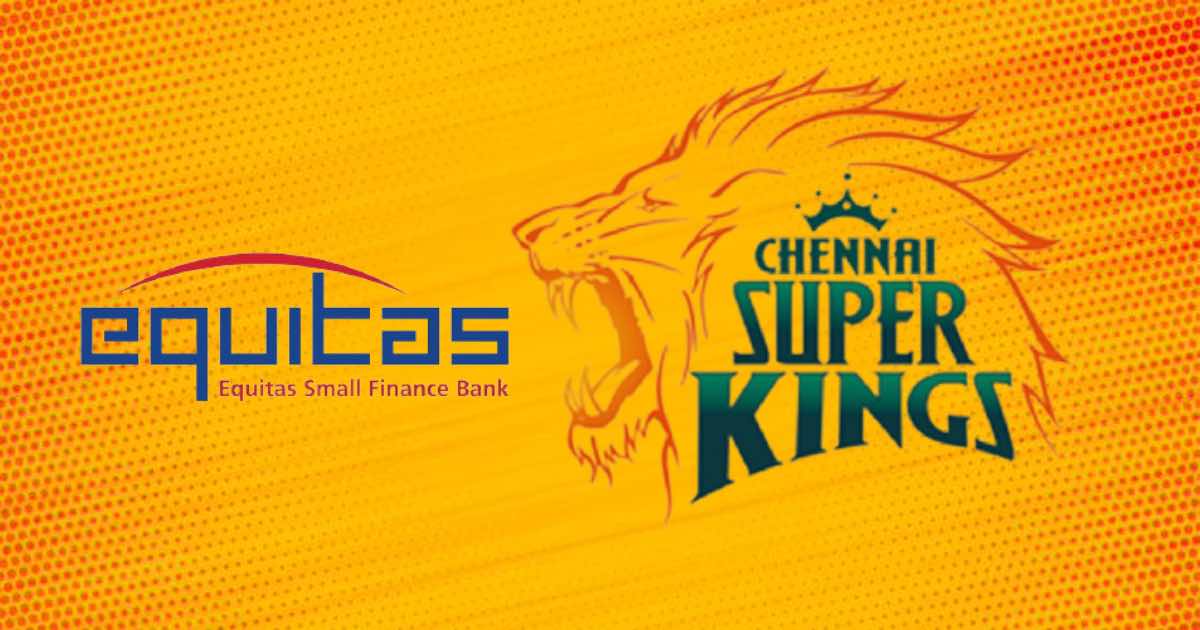 Equitas Small Finance Bank has renewed its partnership with Chennai Super Kings for the IPL 2021. It will be the ‘Official Retail Banking Partner’ for the team. In line with the brand ethos and the logo positioning at the back of the helmet & cap, it is also going to launch a new campaign titled The Bank Behind Every Champion.

In an official statement, Equitas Small Finance bank confirmed the new campaign with CSK. The new campaign will aim to communicate that Equitas has been transforming the lives of individuals through their lending and social responsibilities over time with the support and funds of people that are their customers.

Equitas Small Finance Bank has been associated with the Super Kings since 2018. CSK has always made sure that sponsorship deals are long term commitment for them. They had enjoyed long term partnerships with Muthoot Group and other brands. For IPL 2021, CSK has brought a new principal sponsor on board as they thrashed out a deal with Myntra after talks with Skoda fell through.

Speaking about the association with Equitas Small Finance Bank, Chennai Super Kings CEO KS Viswanathan said, “I’m delighted Equitas has extended our partnership and we look forward to welcoming those who bank with them into CSK family of fans. We have had a good association over the years, including being champions in the first season of our partnership in 2018 and are thankful for their continued support.”

The Chennai based franchise will play their first match in IPL 2021 on April 10 against last year’s runner ups Delhi Capitals in Mumbai. The three-time champions will be looking to improve after a disappointing season in 2020. They finished seventh in IPL 2020, missing out on playoffs for the first time in their history.

CSK will not be playing in front of the yellow army this season since IPL will be held across six cities, giving no home advantage to any team in the tournament. MS Dhoni’s men will be soon starting the training camp in Mumbai as they will be playing five games in the city.