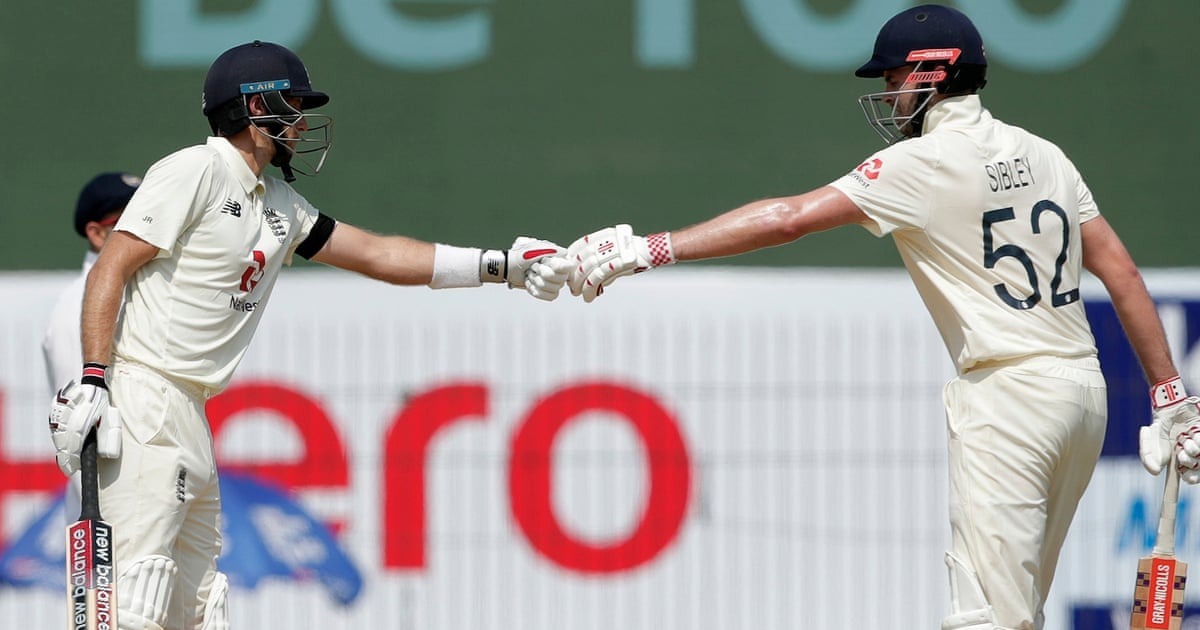 Joe Root scored a fluent century on day one in Chennai to give England an upper hand in the first test against England. The English batsman was unbeaten on 128 runs on stumps as England ended with 263 runs at the expense of three wickets. Jasprit Bumrah was the best bowler for the home side, picking up two wickets in 20 overs.

Earlier in the day, England won the toss and opted to bat. On the first viewing, the pitch did look rough, so it was expected to be slightly up and down. However, it turned out to be a paradise for batsmen. Rory Burns and Dom Sibley started cautiously as they successfully played out the first hour of play without playing any false shots.

Just when it looked like England has won the first session convincingly, Ravichandran Ashwin managed to induce a false shot from Burns. The English opening batsman tried to go for a reverse sweep before lunch. A little bit of extra bounce was the undoing of Burns as Rishabh Pant took a comfortable catch.

India capitalised on this opening by making another breakthrough in the next over. Virat Kohli’s good bowling change and Jasprit Bumrah’s peach of delivery helped in dismissing young Dan Lawrence for a duck. The home side was smelt blood at that moment and looked poised to go for the kill in the second session.

Joe Root and Sibley had to weather the storm post-lunch session. Ashwin, Bumrah, and Ishant Sharma bowled a tight line to give no easy runs on offer for the English batsmen. Both English batsmen saw out this difficult spell and scored 70 odd runs in the second session of the day.

After tea, it was all Root show, while Sibley was holding one end by showing a great amount of patience and composure. Root was aggressive against Shahbaz Nadeem and Washington Sundar. Even the front line bowlers were finding it difficult to trouble him after he was set. Root motored along to his 20th Test hundred in his 100th test for England with. He kept on scoring freely after reaching the milestone as heads dropped for the Indians on the field.

Just when it looked like a perfect day for England, Bumrah once again spoiled their party by trapping Sibley in front of the wicket with a fiery yorker in the last over of the day. Sibley was unfortunate to miss out on a deserving 100 as he was dismissed for 87. England is still in a dominating position, but the last wicket will give India some hope to make early inroads in the first session tomorrow.

Puma teams up with Gen.G to become the official jersey partner