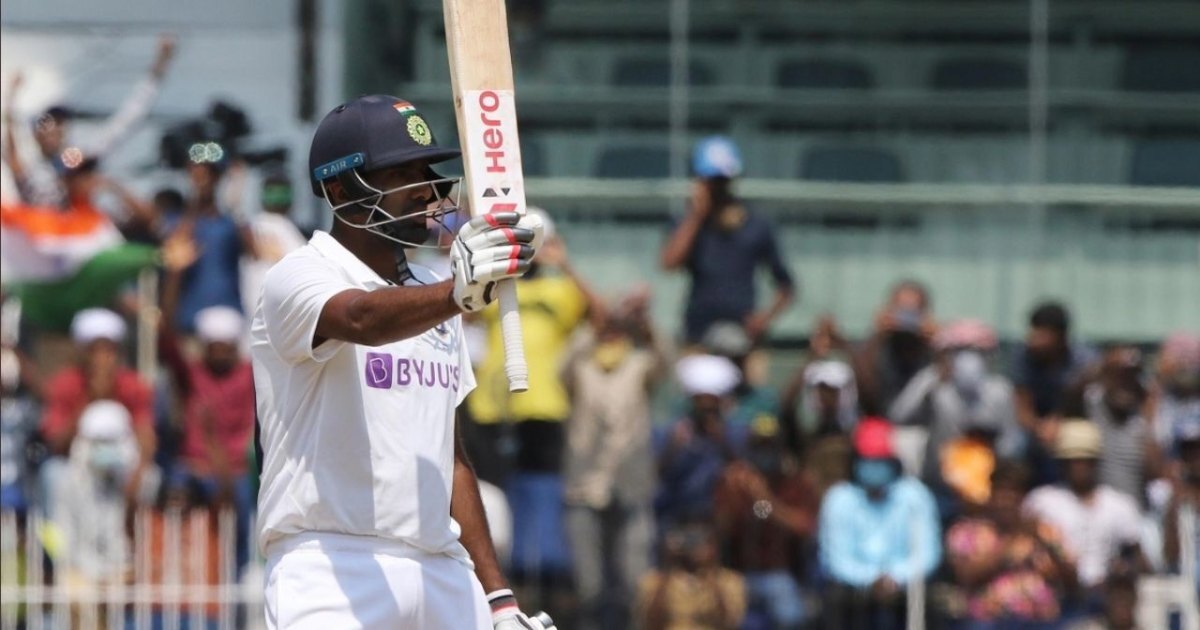 India continued to strengthen their hold on the second test against England at Chepauk. Ravichandran Ashwin’s notched up the fifth test century of his career on day three to help India to set up a mammoth target of 482 runs in the fourth innings of the test match. England are staring at the defeat as they ended up with 53 runs for the loss of three wickets in the second innings.

At the start of the day, India endured a disastrous first hour of play. Cheteshwar Pujara was run out after brilliant awareness shown by Ollie Pope at short leg. Rohit Sharma and Rishabh Pant quickly followed Pujara due to some incredible glove work by Ben Foakes. Ajinkya Rahane and Axar Patel managed to spend some time on the pitch but couldn’t see out the tough phase.

India was in a state of bother as they had lost six wickets for 106 runs, but the lead was close to 300 runs. Virat Kohli and Ravichandran Ashwin negotiated the tough deliveries bowled by English spinners. They started milking runs as the bowlers got tired and the ball was getting older. The senior duo managed to stitch a partnership of 96 runs to take India’s lead beyond 350.

Kohli was trapped before the stumps by Moeen Ali in the post-lunch session after notching up yet another impressive century. After the captain’s departure, Ashwin managed to play around with the tail to reach the three-figure mark. He has managed to score a century and take five wickets in one test match three times in his career, only Ian Botham has achieved this feat more times than him.

England lost Dom Sibley early in the second innings to Axar Patel. Rory Burns showed positive intent, but he eventually threw his wicket to Ashwin by playing across the line. Jack Leach survived only one ball after being sent out as night watchman.The wicket was spitting venoms and some tight bowling from Ashwin and Patel made sure that England’s batsmen had to work hard for runs. Considering the steady deterioration of the pitch in this test match, England will do well to take this game to the fifth day.