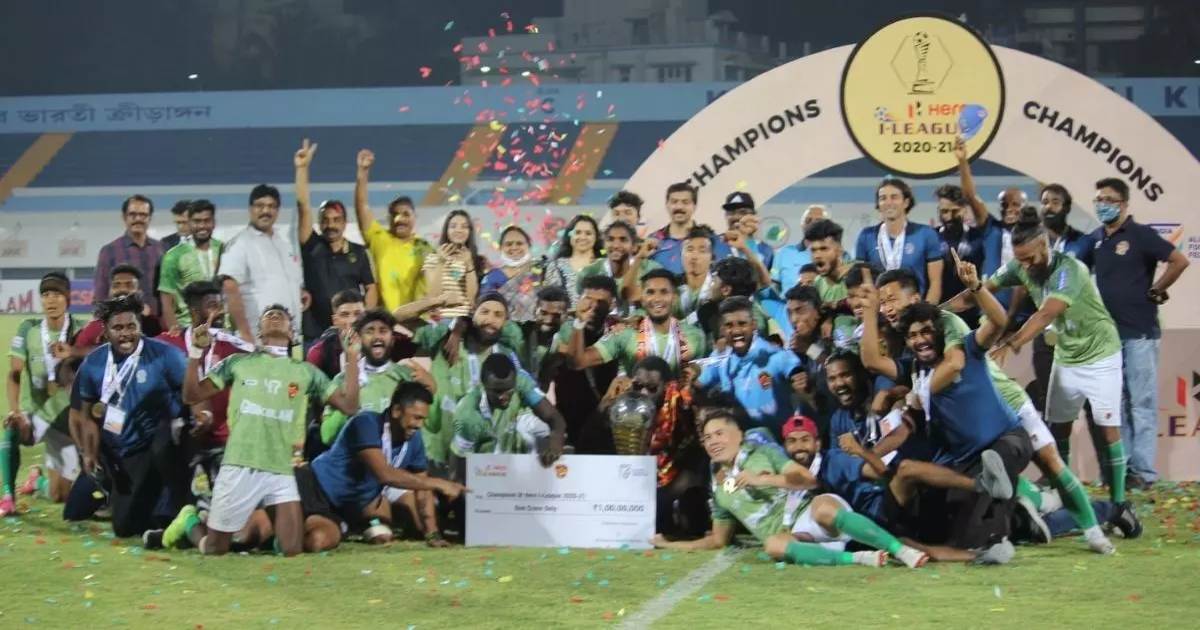 Gokulam Kerala defeated TRAU FC 4-1 in the final game of the season to lift their first-ever I-League trophy. The match was played at Kishore Bharati Krirangan Stadium in Kolkata. Gokulam Kerela will receive Rs.1 crore in prize money while the second, third and fourth-placed teams on the points table will get Rs.60 lakh, Rs.40 lakh, and Rs.25 lakhs, respectively.

Trau FC had a good start when Bidyasagar Singh scored the opening goal of the game. After the first goal, Trau were wasteful in front of the goal. They created many chances in the first half but couldn’t convert them. Trau were in the lead by the end of the first half as Gokulam didn’t test their goalkeeper enough.

The second half was a different ball game Gokulam came all guns blazing after the break. They had two shots on target early in the second half. Sharif Mukhammad scored a beautiful free kick in the 70th minute to level the score. Gokulam went on to score two more goals in the space of seven minutes to clinch victory.

There was an interesting end to the game as Vincy Barretto was shown a second yellow card for a tackle just outside the box and was sent off. Muhammed Rashid scored the final goal and the referee blew the full-time whistle and celebrations broke as Gokulam became the first-ever team from Kerala to win the I-league. Gokulam finished the league at the top of the table with 29 points from 15 matches. They won nine games, drew two and lost in four matches during the season.

Head Coach Vincenzo Annese said, “This is the best day of my life. I feel so happy and I feel amazing to be crowned a champion. I am immensely proud of my team and we deserved to be champions. We outscored all teams and we have played like champions in this season.”

The Italian manager also insisted that it was a special year for him as he won the title in his first season in India. Bidyashagar Singh was the highest goal scored and hero of the league. With the win, Gokulam have also secured an automatic slot in the group stages of the AFC Cup 2022.