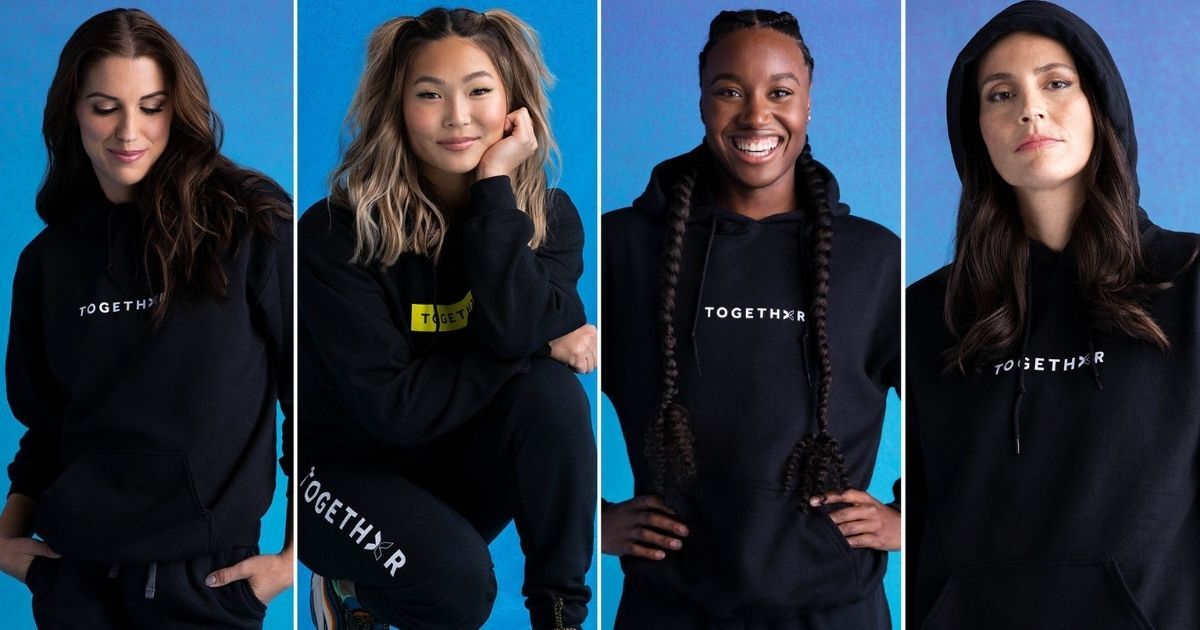 Alex Morgan, Sue Bird, Simone Manuel, and Chloe Kim, four decorated Olympians from the United States of America, have launched TOGETHXR, a media and commerce company designed to amplify women’s voices in the world of sports and change the way female players are portrayed in media.

The founders of TOGETHXR have a total of eight Olympic gold medals among themselves. Morgan was part of the winning squad during the London Olympics soccer final and has contributed to two World Cup victories of the team. Bird has four WNBA titles and four Olympic gold medals from 2004, 2008, 2012, 2016. In the 2016 Rio Olympics, Manuel won four medals (two gold, two silver) and become the first Black woman to win an individual event in Olympic swimming. Kim became the youngest half-pipe gold medalist at the 2018 Pyeongchang games.

The feeling of negligence in media towards women athletes led to the idea of TOGETHXR, which first came to Morgan’s mind in 2015 when the US women’s soccer team won its third World Cup title.

When these four champions decided to work together, TOGETHXR slowly became a full-fledged company and was launched on Tuesday. In a joint statement, the founders said, “We have our individual legacies as athletes through championships and medals, but what’s most important to us is championing for the next generation of women because that will be the legacy that lasts. We’re proud to have worked as a team to create TOGETHXR, a brand that elevates women’s voices and celebrates where sport and culture converge.”

One of TOGETHXR’s first projects is a YouTube docuseries on 17-year-old national boxing champion Chantel “Chicanita” Navarro. However, the company won’t restrict itself to just sports and will dive into culture, lifestyle, and fashion, and the connectivity between these areas. According to New York Times, TOGETHXR is financially backed by Magnet Companies, a private equity holding company founded by media veterans, with a “mid-seven figure investment.”