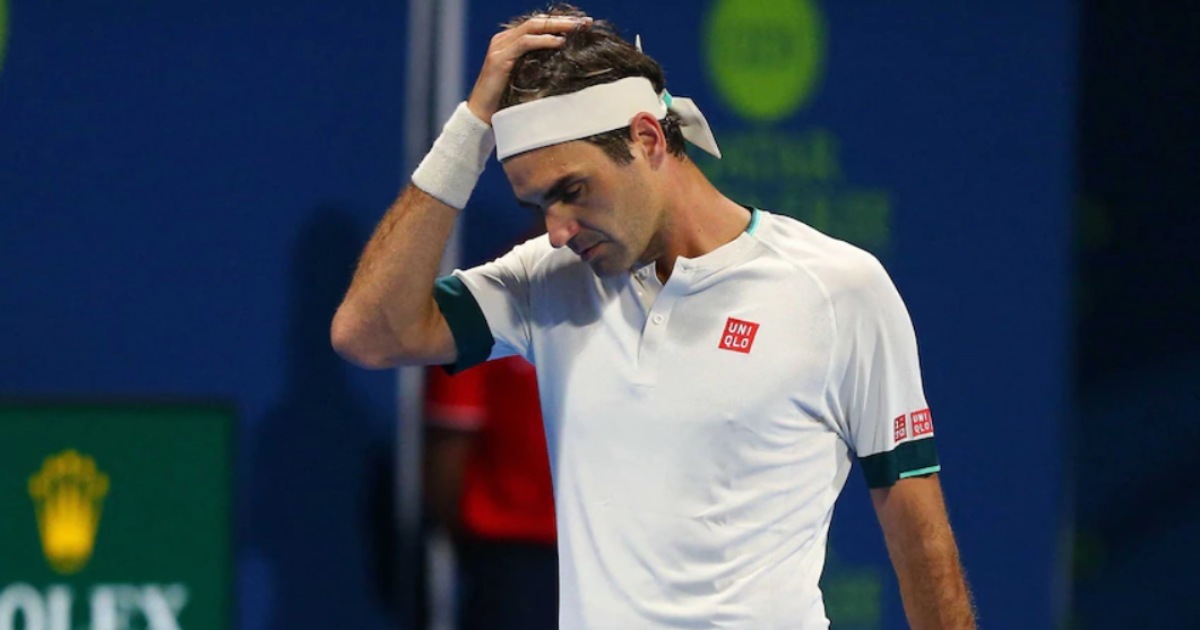 Qatar Open witnessed an upset on Thursday as tennis legend Roger Federer was saw the exit door after being defeated by Georgia’s Nikoloz. The 39-year-old veteran was knocked out of the esteemed tournament that was also his comeback competition after 13 months on the sidelines due to injury. Federer looked rusty in the first game against Dan Evans, but he managed to clinch victory inside three hour. The game against Evans was his first return since AO 2020, that was followed by a knee surgery.

In the next round, Federer was knocked out by World No. 42, squandering points in the deciding set that helped the Georgian win the match. The Swiss maestro had a one set lead over the Georgian and seemed to be on a course of straight set wins until he began squandering the break points. Basilashvili saved a match point at 5-4 in the deciding set, breaking Federer’s serve in the next round. The Swiss failed to convert a match point and lost 3-6, 6-1, 7-5 to the Georgian.

Federer confirmed after the game that he is yet to get complete match sharpness. The Swiss legend admitted that training would be better at the moment instead of competing in games, so he will not feature in Qatar Open. Federer will be hoping that he is completely fine by Wimbledon. He has already missed Australian Open last month due to injury.

It’s been great to be back on the @atptour , loved every minute playing in Doha once again. 🙌🏼
A big thank you to the best and loyal team that helped me get here. 🙏🏼
I’ve decided it’s best to go back to training and as a result, I’ve decided to withdraw from Dubai next week. 🏋🏽 pic.twitter.com/zp65Jt832n

Meanwhile, Basilashvili will play against Taylor Fritz in the semi-final match, who defeated Denis Shapalov by 5-7, 6-3, 7-5. Russia’s Andrey Rublev becomes the first player in the 31-year history of ATP Tour to reach to the semifinals without playing a single game. In a first of kind event, the Russian received two walkovers, where Richard Gasguet and Marton Fucsovics withdrew from their respective matches against Rublev. The Russian will face Roberto Bautista Agut in the semifinal on March 12 for a slot in Saturday’s final.