Explained: The Rise of Phil Foden at Manchester City 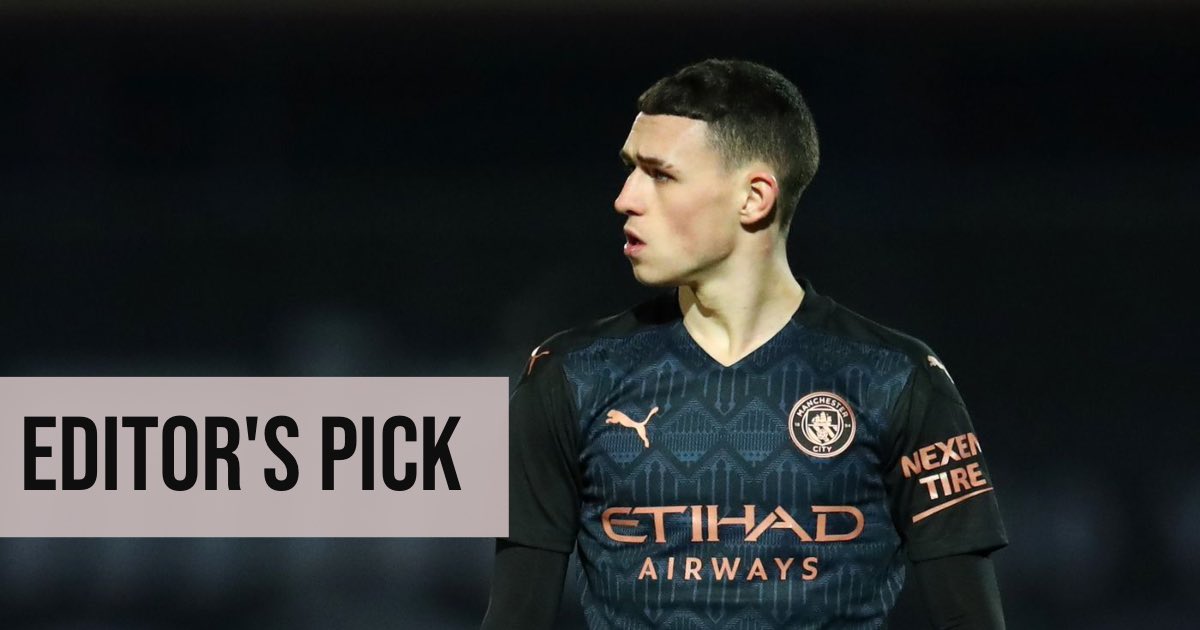 Phil Foden is enjoying a remarkable season in Manchester City, which has eventually helped the team and his market value over the campaign.

One of the hallmarks of the 2020-21 Premier League season is the emergence of the new crop of English talent. The likes of Rees James, Callum Hudson-Odoi, Bukayo Saka, Curtis Jones all twenty-one or younger have all impressed for their respective Premier League teams. However, Manchester City’s Phil Foden is head and shoulders from players in his age group in England.

Man City academy graduate Foden is set to turn 21 in May, but he has already helped his side win six trophies including two premier leagues played 74 games prior to this season. However, this season has been somewhat breakthrough in terms of gametime and better attacking stats. He has 11 goals and 6 assists to his name in 31 appearances for Man City this season.

Born in Stockport in May 2000 in a family of United fans Foden’s talent was evident from an early age. Back in June 2005, the five-year old Foden was already playing for Under-8s of his local team. At that time, City were a mid-table team in English football, and they hadn’t won a trophy since 1976. They could only watch rivals Man Utd lift back to back Premier League titles. City were also lacking behind United in terms of academy recruitment as they saw likes of Marcus Rashford slip through their hands and sign for their neighbour. With this in mind they started signing even younger players which took them to Stockports primary school to look at Callum Foden, Phil’s elder brother when asked if there are youngsters are worth looking at 5-year-old Phil was thrusted into the limelight and immediately impressed. His abilities were “too good to be true.”

Foden’s rise with City was meteoric. He continued to be a ball boy while playing for Under-16s and Under-18s. The club knew they had a gem on their hand and nurtured him patiently. Soon after the arrival of Guardiola in the summer of 2016, he was sitting in the stands watching academy games saw Foden on the ball and jumped out of his seat and asked who is the No 10. He helped the Englands Under- 17 win the world cup held in India in 2017 where he netted in the final against Spain from there on the excitement around the player was increasing.

Foden made his debut in a pre-season friendly against Man Utd in 2017 where Guardiola said to the reporters that they were lucky to see his debut and he has not seen a player like him in a long time. Opportunities were limited as he only made 10 appearances in the 2017-18 season followed by 26 in 18-19 fans started to worry about his future, Foden didn’t have any issues staying around.

While 2019-20 season Foden played 1000 league minutes for the first time, but he was far from a regular starter only player more than 60 min in just three games before the lockdown in March.

Going into 2020-21 season there was certain amount of pressure on Foden’s shoulders as he was seen as a natural replacement of David Silva. Playing on the left-wing, right-wing or even as a false nine the Englishman stepped up contributing to goals in 13 out the 31 games this season. After the injury to Kevin de Bruyne, Foden was bound to get more games where he contributed to a goal in every 134 minutes. His 2.2 shots per 90 mins ranks 9th in the premier league. (Stats courtesy: Whoscored)

Unsurprisingly the boy who is living his dream by playing for his boyhood club also puts in a great shift defensivel. Foden is pulling his weight defensively with 1.9 tackles per 90, which is more than any forward in Pep’s current squad at Manc City. His best performance in a City shirt came against Liverpool where he scored and assisted in the 4-1 thrashing at Anfield.  He still has to secure his spot for England at the euros having made his senior debut in a friendly in mid-November where he scored twice and assisted once against Iceland in the nations league the same month. If Foden stays clear of injuries and maintains the same level of performance, he could very well earn his spot in the England squad.

Manchester City has managed to keep their primary stars since the takeover of the club was completed by Sheikh Mansour in 2008. Foden is a local lad, so he is likely to stay at the club for a long time. His current deal expires in 2024, but there has been a steady rise in his transfermarkt value over the years.

At the start of 2020, Transfermarkt had Foden’s value at £27 million. It dipped to  £24 million by April 2020 as his playing time decreased at the club significantly. At the start of 2020/21 campaign, Foden’s value was between  £40-50 million due to his good performances during the project restart. Over the course of this season, his value has shot to  £63 million. The English star could go past 75 million, if he continues to deliver goods for Man City. Foden is well set to be key part of Man City and England squads in the next decade.

Champions League: How much Chelsea will earn after lifting title in Porto?

Five Most valuable young footballers in 2021