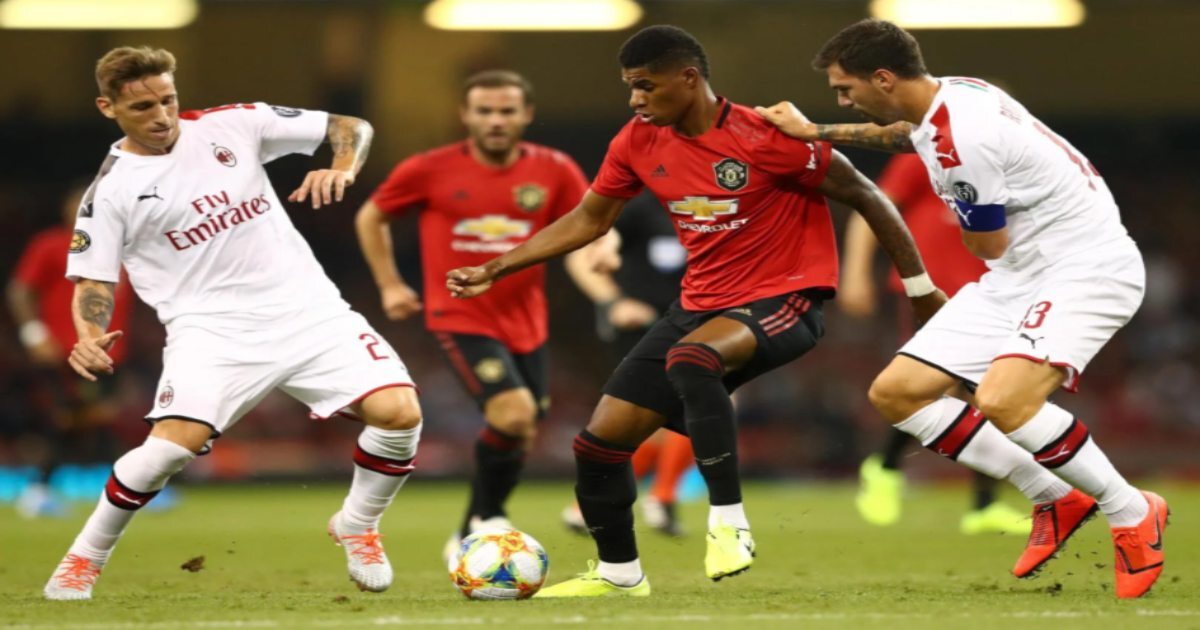 Manchester United will have to deliver a near perfect performance to advance through to the next stage of the Europa League as they face Serie A giants AC Milan at San Siro this Thursday in the second leg of their Round of 16 tie.

The teams drew 1-1 last time out when they faced each other at Old Trafford. Simon Kjaer scored an injury-time equaliser for Milan which gives the Italian side an advantage of one away goal. Youngster Amad Diallo scored his first goal for united with the assist coming from Bruno Fernandes.

AC Milan will be looking to bounce back after they suffered a narrow 1-0 loss to Napoli in Serie A last weekend. On the other hand, United won their game against West Ham 1-0. Both the teams are in second place in their respective leagues. United are 14 points behind Man City with a game in hand and Milan are 9 points behind Inter Milan.

Man United has been unbeaten away from home in the Premier League this season. The English club will have to score on Thursday to make sure that they have a chance of reaching the next round of the competition. Meanwhile, AC Milan has witnessed a dip in form in Serie A after showing so much promise in the first half of the season. However, they remain a formidable side on their day.

Manchester United have some positive news on the injury front as midfielders Paul Pogba and Donny van de Beek have returned to full fitness and will travel to Italy, while David de Gea is also available for selection. Edinson Cavani was initially on the squad list but suffered an injury in the final training session. Anthony Martial is still unavailable after he suffered an injury in the first leg and was taken off at half time.

Zlatan Ibrahimovic will return against his former team after he missed the first leg due to a thigh injury. Hakan Calhanoglu and Theo Hernandez are also available for the Italian club. The Italian side will be able to field a much stronger lineup in the second leg after taking a depleted squad to Old Trafford last week.

Ole Gunnar Solskjaer, Manchester United manager: “We saw the game last week and how difficult it’s going to be. A physical side, loads of energy and good quality in the team. We need to perform at our best level to go through. We’ve never been too lucky with draws since I’ve been here! Tomorrow night is going to be about loads of things: quality, experience, game management good start of course. I always enjoy being away from home in the second leg, that means so much more when you score a goal. ”

Stefano Pioli, AC Milan manager: “All of the games we’ve played have improved us and helped us to grow. However, the results is the important thing tomorrow and we want to progress against a strong opponent. We need to go for the win. Everyone likely joined to be here, but we must not rest. As Kjær said, we’ve done well until now be we’d be disappointed if we reached the end of the season empty-handed.”