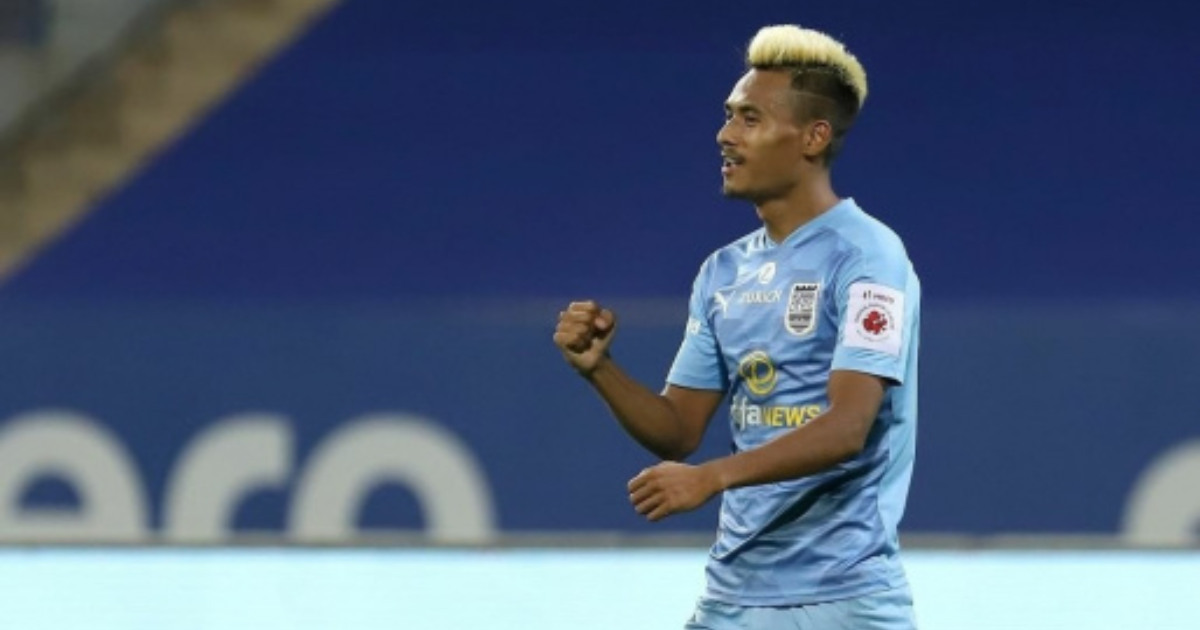 Mumbai City FC has announced that Bipin Singh has signed a contract extension which will see him commit his future to the club until May 2025. The 26-year-old winger has had a season to remember as the Islanders got their hands on both, the ISL League Winners’ Shield and the ISL Trophy in the 2020-21 campaign.

“I cannot express my joy enough to be able to extend my stay here with Mumbai City. Since joining the club in 2018, I’ve felt right at home and Mumbai City has helped me become a better footballer and a better person too. I feel like I am in the best shape and in the best moment of my career and a lot of the credit goes to the trust the Club, Sergio Lobera, my teammates, and the fans have shown in me,” Bipin said in a statement.

The player from Manipur had a great domestic season. He was instrumental in Mumbai’s success in ISL. Mumbai City FC finished top of the table in group stages and then won the playoffs under their manager Sergio Lobera. In the finals, Bipin scored a late winner which helped the Islanders win the match 2-1 against ATK Mohan Bagan his former side.

Five goals and four assists for Mumbai City FC including the championship-winning goal make Bipin the most successful left-winger of Indian Super League 2020/21. The Shillong Lajong prodigy also scored a hat-trick, the only player to do so in last season. He won both the league shield and the trophy and earned a National Team call-up.

Under Lobera, Bipin Singh became a regular starter, as he grew in confidence to take the league by storm. He made a switch to Mumbai City in 2018 on a two years contract after a season with ATK. Mumbai extended the contract for another two years in 2020 that would see him at the club till the summer of 2022. However, Bipin’s performance on the pitch prompted the city management to renegotiate the existing contract and top it up with another three years that will go on till 2025.

The signing of coach Sergio Lobera was undoubtedly the best thing that happened to Mumbai City FC last season. He built a reputation for himself of being a tactically astute coach. His Goa side played eye-cathing football for three seasons under him but were not able to win the title. In 2018-19 he guided the team to the final, where they lost 1-0 to Bengaluru FC in extra time. Lobera then joined Mumbai City last season to win his elusive ISL title.