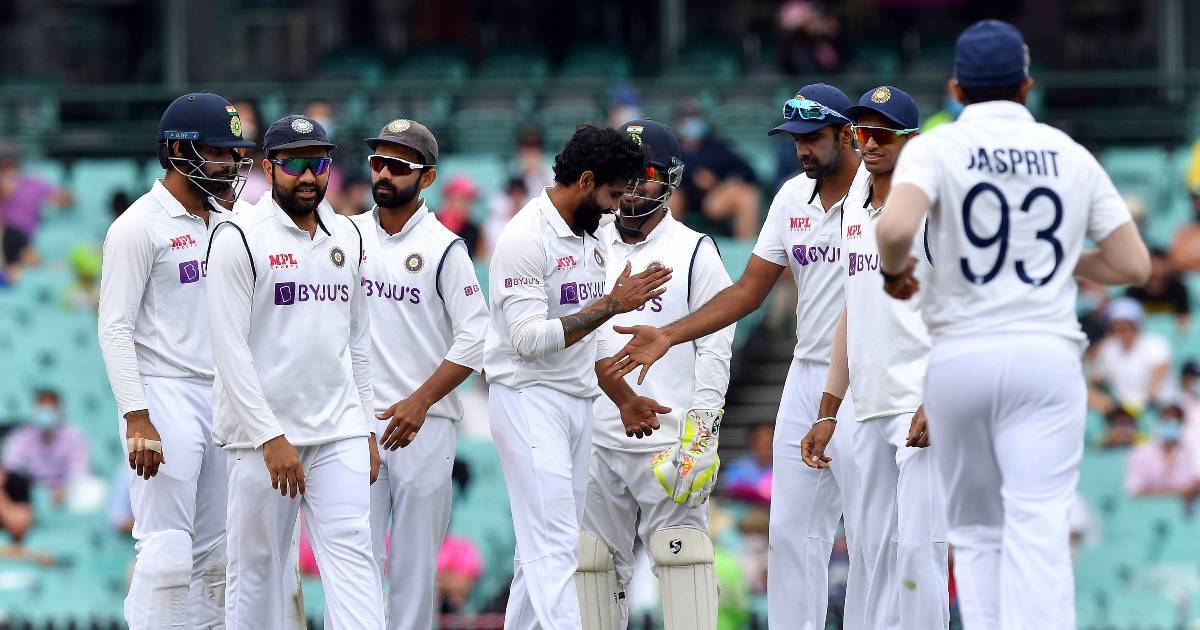 India showed great character and resilience to stage a fightback on day two of the New Year’s Test against Australia in Sydney. At the end of the day, India had lost two wickets for 96 runs, trailing Australia by 242 runs.

Earlier in the day, Australia found themselves in a strong position as they reached 200 runs mark for the loss of two wickets. However, an inspired bowling performance from Ravindra Jadeja and Jasprit Bumrah made sure that Australia was restricted below 350. Marnus Labuschagne was dismissed for 91 runs, while Steve Smith racked up his 27th test century. A middle-order collapse and late flurry from Smith meant that Australia ended up posting 338 runs in the first innings.

Jadeja was the pick of the bowlers for India as he took four wickets and dismissed Smith with an outstanding runout at the end of the innings. Meanwhile, Bumrah was imperious with the second new ball. He dismissed Cameron Green and Tim Paine on either side of the lunch to stop the flow of runs for the hosts.

In reply to Australia’s first innings score, Indian openers started cautiously. After seeing out a tricky 20-minute spell before tea, Rohit Sharma and Shubman Gill started playing their shots. They brought up 50 run partnership, the biggest opening stand for India on this tour. Just when Sharma looked set, Josh Hazelwood was able to extract a false shot from him.

Gill brought up his half-century and looked good to get a big score. However, a relentless bowling spell from Pat Cummins managed to induce the outside edge of Gill’s bat. Ajinkya Rahane and Cheteshwar Pujara adopted a cautious approach to see out the remaining overs of the day. The third day of this test will tilt the momentum in one team’s favour. Australia will be looking to get quick wickets, while India would have to bat long to make sure they get a decent lead. At this stage, things hang in balance, but Indian bowlers have done a commendable job as Australia looked set to get a 400-500 score in the first innings.

Oakley releases new campaign ‘Be Who You Are’ featuring Rohit Sharma