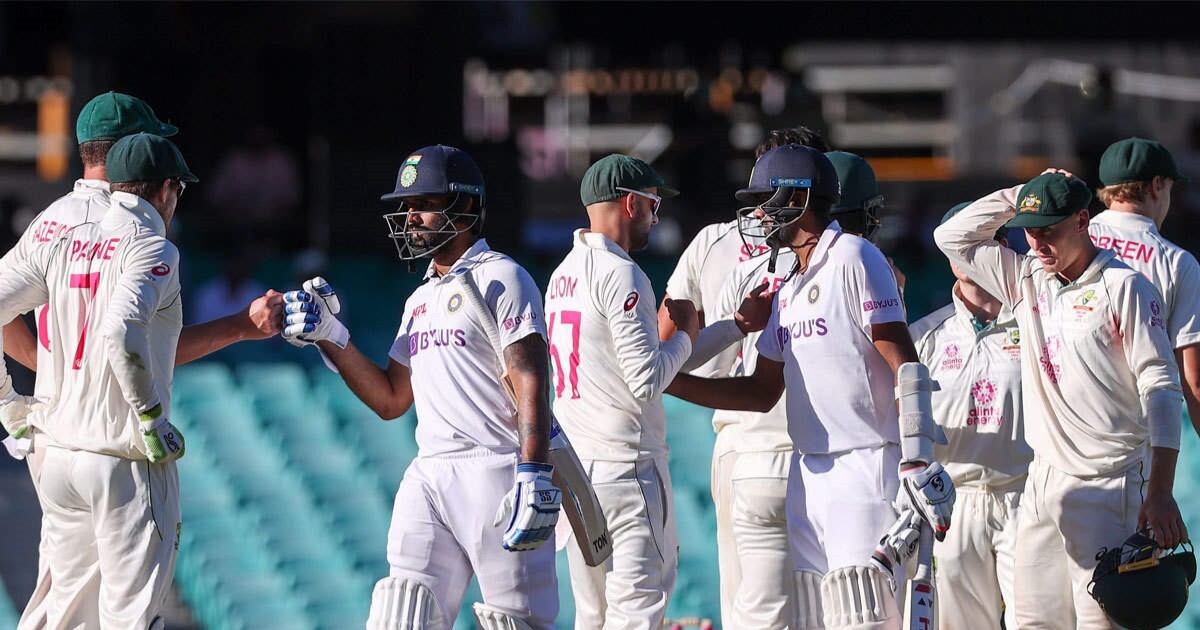 India pulled off a great escape on the final day of the New Year’s test against Sydney to keep the series at 1-1 while going into the fourth and final test series against Australia. On day four, Australia had set up a target of 406 runs for India. The visitors lost both owners last evening but ended up losing only three wickets on Monday to secure a draw.

Ajinkya Rahane was dismissed in the second over of day five as Nathan Lyon got him caught at forward short leg. The Indian team management decided to send Rishabh Pant ahead of Hanuma Vihari. This move turned out to be a masterstroke for the Indian team. After a slow start, Pant went berserk against Nathan Lyon.

Both Pant and Pujara stitched a partnership excess of 100 runs to give India an outside chance of winning the game. However, the post-lunch session turned out to be fatal for both batsmen. Pant agonisingly fell short of a remarkable century when Lyon got the better of him. Pujara was dismissed for 77 for a peach of a delivery by Josh Hazelwood.

Australia had got the opening with the new ball after lunch. However, Hanuma Vihari and Ravichandran Ashwin had different plans. Vihari had pulled up his hamstring, but he decided to continue batting in the middle. The duo forged a remarkable 62 runs partnership in 262 deliveries to save the test. Australian bowlers toiled for wickets throughout the day, but poor fielding from Tim Paine behind the wickets frustrated them.

The series hangs in the balance as India goes into the final test in Brisbane. The visitors will retain the trophy if they avoid defeat at Gabba. However, Australia is yet to lose a game at this venue since 1988, so it will take a special effort from an injury-ravaged Indian team to clinch victory. However, the Indian team has defied odds throughout the series, giving them the best possible chance of lifting the trophy.