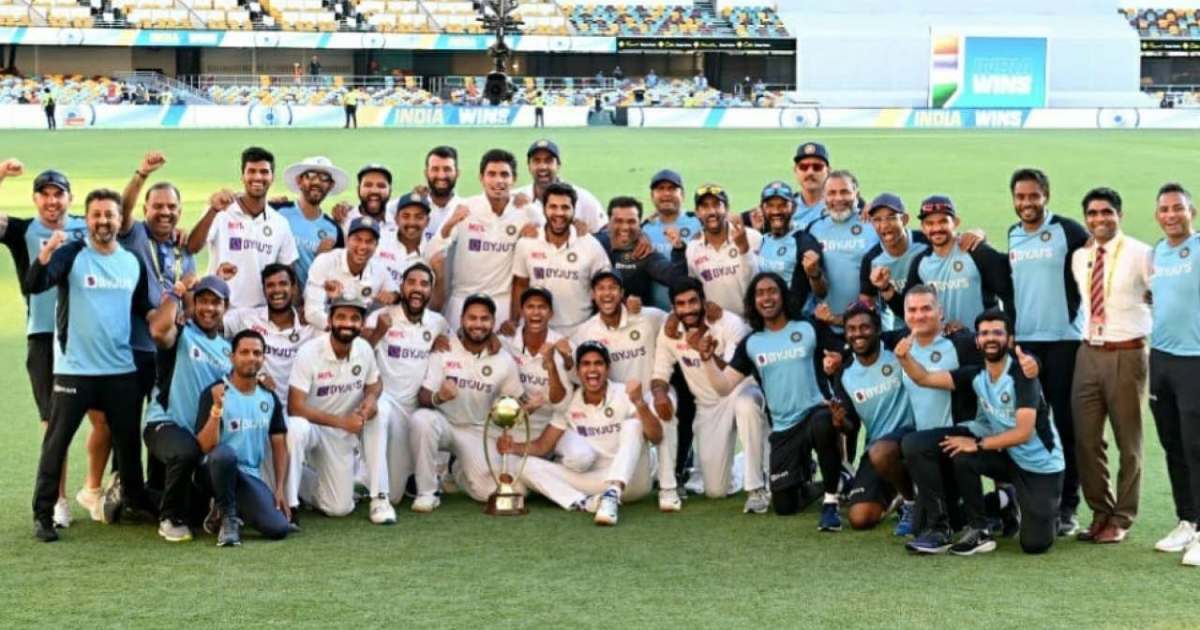 As the ball trickled past the boundary at the end of the day, the whole Indian team was already on the pitch celebrating a herculean effort by the visitors at Australia’s fortress in Brisbane. India managed to chase down 328 to clinch a historic win and the Border Gavaskar trophy.

Rishabh Pant was the star of the show as he once again delivered a masterclass in the fourth innings, scoring the winning runs. His innings had the perfect mix of caution and aggression to get India over the line. In the final hour of the day, he was well supported by Washington Sundar as India upped the ante to go for the win rather than draw the series and retain the trophy.

Earlier in the day, Rohit Sharma was dismissed inside ten over after some remarkable bowling from Pats Cummins. Shubman Gill and Cheteshwar Pujara revived the innings by stitching 100 runs partnership. The former was playing aggressive shots, while the latter held one end, copping blows from Australian fast bowlers to keep India in the game.

Gill agonisingly missed out on a century as Nathan Lyon got him caught in slip after the lunch break. Ajinkya Rahane scored quick runs to show that India is eyeing victory before perishing to a short pitch delivery from Cummins. Pujara and Pant kept India in the game until the new ball by seeing out tough deliveries and cashing in on loose balls.

Cummins was once again the main for Australia as he made an immediate impact with the new ball and got rid of Pujara. Agarwal soon followed him, but India was in no mood to give up on the victory. Pant got them over the line with unbeaten innings of 89 runs. He was awarded the man of the match, while Cummins was rewarded the man of the series award for his immaculate bowling throughout the four test matches.

It is the second consecutive series win for India in Australia. This win is even more incredible considering Virat Kohli was not available for three test matches and bowlers were getting injured every single day of test match action.

India also receives a big boost in their bid to qualify for World Test Championship as they leapfrog Australia in the table. The Indian team will be looking to seal a place in the finals by getting a 2-0 or greater margin victory in the upcoming series against England in home conditions.