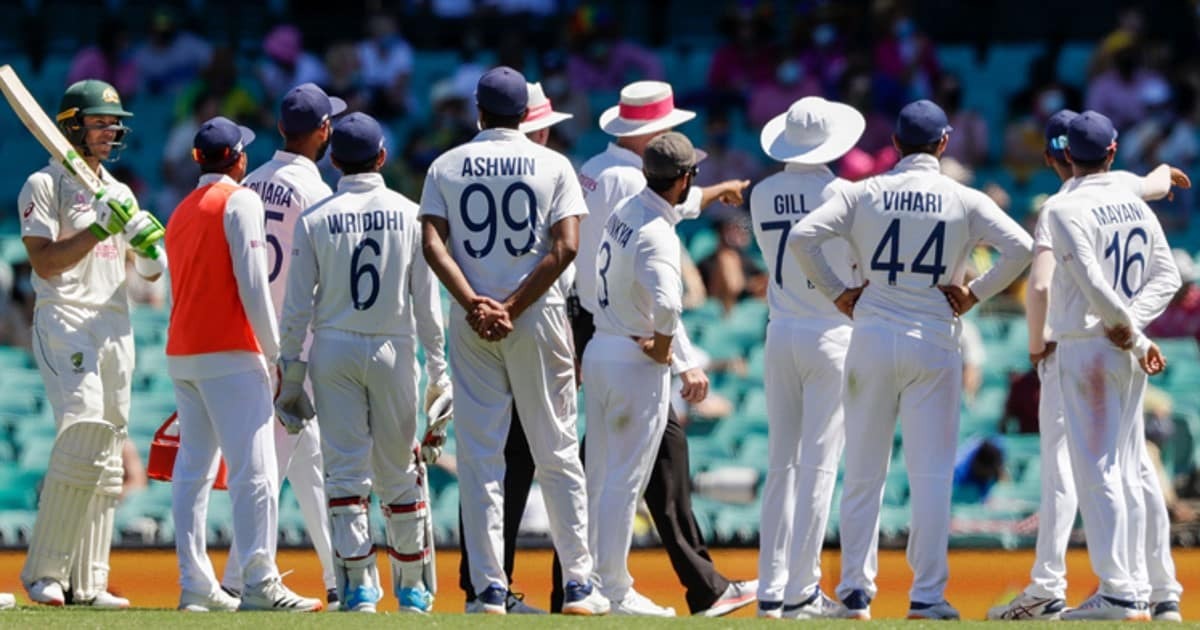 Cricket Australia has confirmed the Indian team was racially abused during the third test match of Border Gavaskar Series at Syndey Cricket Ground. CA has launched an investigation with New South Wales Police after complaints raised by the visitors of hearing racist slurs in Sydney.

The Australian board stated in a press release that they have submitted a detailed report about certain group of spectators racially abusing Indian players. CA is now awaiting further developments in investigation from NSW Police. The issue emerged at the close of the third day’s play when a group of Indian players – Ajinkya Rahane, Ravi Ashwin, Jasprit Bumrah and Siraj reported that the seamers faced appropriate slangs while fielding near the boundary rope.

On the fourth day, when the play began Siraj stopped the game as he reported the issue again. The Indian bowler approached an umpire to voice his concerns and then police stepped in and evicted six fans from the stadium.

CA’s Head of Integrity & Security, Sean Carroll said, “CA’s own investigation into the matter remains open, with CCTV footage, ticketing data, and interviews with spectators still being analyzed in an attempt to locate those responsible.”

The Indian side was vocal about the issue throughout the series and raised their concerns to the authorities regularly. While speaking about incidents at the SCG, Ashwin said abuse from the crowds had been a regular feature of his visits to Sydney.

The off-spinner stated, “This is my fourth tour to Australia and in Sydney, especially, we have had a few experiences even in the past. I think one or two times even the players have reacted and got into trouble in the past. They have been quite nasty, they have been hurling abuses as well, but this is the time they have gone one step ahead and used racial abuse.”