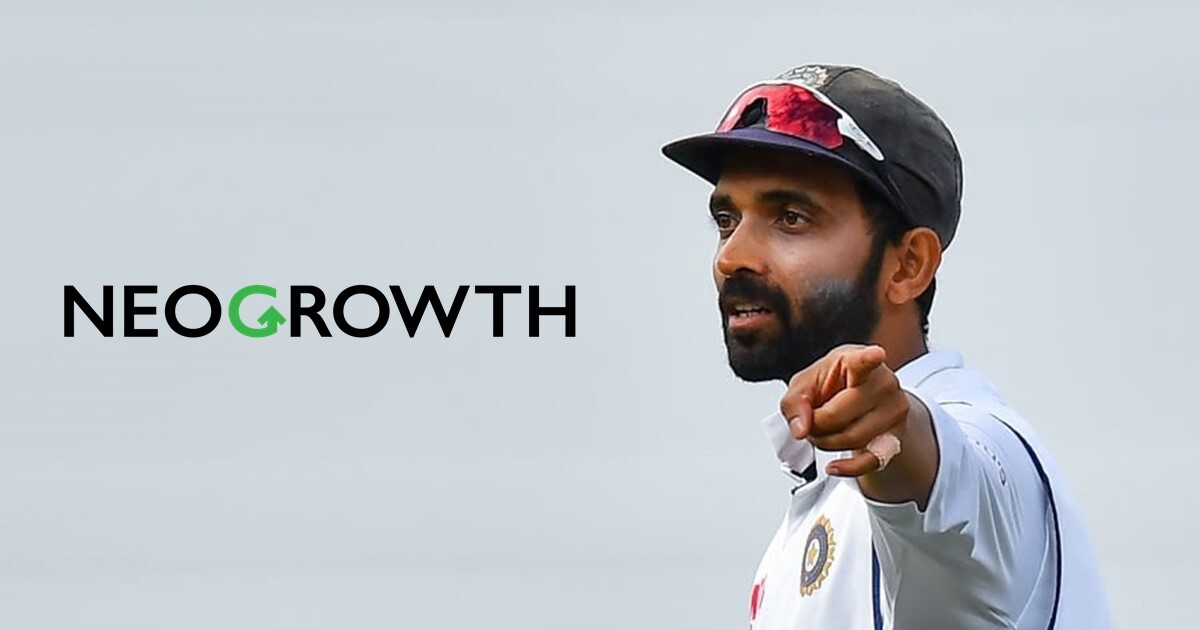 Indian test team vice-captain, Ajinkya Rahane has bagged a new endorsement deal this week as he became the brand ambassador of NeoGrowth. The finance firm is known for providing loans and financial support to small businesses. Omidyar Network, Khosla Impact, Accion Frontier Inclusion Fund-Quona Capital are some of the key investors in NeoGrowth.

As part of the deal with Rahane, NeoGrowth is going to feature in the finance firm’s loan-related campaign in April. The campaign has been named “Keeping it Simple”. It will focus on creating awareness amongst small businesses regarding the procurement of loans from NeoGrowth.

Rahane is likely to be the face of NeoGrowth during the length of the contract signed between both parties. Since its inception in 2013, NeoGrowth has been offering loans to small businessmen across 27 cities. The headquarter of the firm is situated in Mumbai, which is also the home city of Rahane. Arun Nayyar, chief executive of NeoGrowth, insisted that Rahane’s personality resonates with their firm.

“Ajinkya’s personality and journey resonate with millions of small businesses which are our target consumer base. He has overcome many challenges in his career through hard work and simplicity which will connect with our TG (target group) and help us connect deeply with them. Through this campaign we wish to convey to small business owners that obtaining and repaying loans is not a tough task.”

Rahane is currently enjoying a much-deserved break after a gruelling four months of test cricket. He led the team in Australia to clinch a historic 2-1 series win. Rahane scored a vital century in Melbourne during the Boxing Day Test to turn the fortunes of the team. He also came up with crucial innings in the second test against England in February. After a small break, Rahane will begin training for IPL 2021 as he will represent Delhi Capitals for the second season in a row.

Happy Birthday Rahul Dravid: A look at The Wall’s commercial outing as he turns 50

Happy Birthday Joe Root: A look at Englishman’s net worth, endorsements and charity

Happy Birthday Kylian Mbappe: A look at the French striker’s net worth, endorsements and charity

Happy Birthday Ricky Ponting: A look at the Aussie great’s net worth, investment, endorsements and charity

Happy Birthday Kuldeep Yadav: A look at the chinaman’s net worth and endorsements